Here Are ALL Of Stan Lee’s Cinematic Cameos 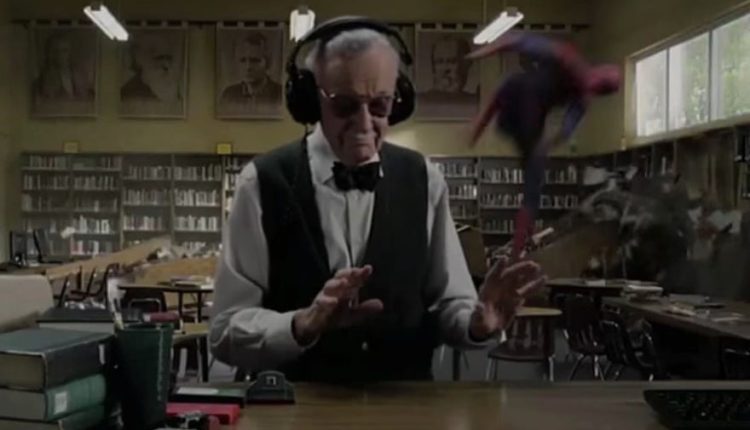 The late and legendary Stan Lee, who passed away this morning at the age of 95, left behind an outsized legacy worthy of his accomplishments as a writer and mythmaker. One position that he always prided himself as well was Marvel’s unofficial mascot, a position that never illustrated itself better than his incredibly fun work making cameos for various Marvel properties — especially the movies.

X-Men (2000): Hot Dog Vendor who is terrified by the emergence of Senator Kelly from the ocean

Spider-Man (2002): Stan Lee is seen escaping an attack by the Green Goblin

Daredevil (2003): Stan Lee is seen reading a newspaper at a crosswalk next to the young Daredevil

Fantastic Four (2004): Stan Lee plays a mailman, Willie Lumpkin the mailman to be precise! A character from the comics!

X-Men: The Last Stand (2006): Stan Lee plays a man watering plants only to have Magneto mess with the host. Tragedy.

Spider-Man 3 (2007): Stan Lee turns to Spider-Man and says “Wow, I guess on person really can make a difference.

Fantastic Four: Rise of the Silver Surfer (2007): Stan Lee? Allowed into Sue and Reed’s wedding? I don’t think so.

Thor (2011): Stan Lee plays a man with a truck who tries to pull the hammer Mjolnir from the ground where it fell.

Captain America: The First Avenger (2011): Stan Lee plays a general in what is, chronologically speaking, the earliest known appearance of Stan Lee seeing as it’s in the 1940’s.

The Avengers (2012): Stan Lee is seen at the end in a news broadcast saying he doesn’t believe in the existence of superheroes. Oh Stan…

The Amazing Spider-Man (2012): Stan Lee plays a librarian who cannot hear the Spider-Man fight over his loud as hell headphones.

Thor: The Dark World (2013): Stan Lee can be seen in a mental ward, again disbelieving superheroes.

Big Hero 6 (2014): As this movie is based on a very obscure Marvel comic, Stan Lee plays Fred’s very fancy dad.

Amazing Spider-Man 2 (2014): Stan Lee sits in the benches at a graduation and sees something– probably good?

Avengers: Age of Ultron (2015): Stan Lee is carted away from a table after drinking too much Asgardian mead.

Dr. Strange (2016): Stan Lee is seen reading Aldous Huxley’s ‘The Doors of Perception’ on a bus as Dr. Strange does battle in the distance.

Guardians of the Galaxy Vol. 2 (2017): Stan Lee can be seen recounting his cameo in Fantastic Four to the Watchers who are medium impressed. James Gunn alluded to Stan Lee indeed being the watcher in this cameo.

Spider-Man: Homecoming (2017): Stan Lee can be seen as a man in a neighborhood Spider-Man is patrolling who yells at Spider-Man, as is Stan Lee’s way.

And lest you think he was exclusively a Marvel man… here is Stan Lee’s cameo from “Teen Titans Go to the Movies”!

Which Stan Lee cameo was your favorite? Let us know in the comments or on Twitter at @WhatsTrending.

Jeffree Star Is Going GREEN (If You Know What We Mean)