Jaden Smith: “Tyler the Creator is My Boyfriend”

Is it true? Or just a goofem!? 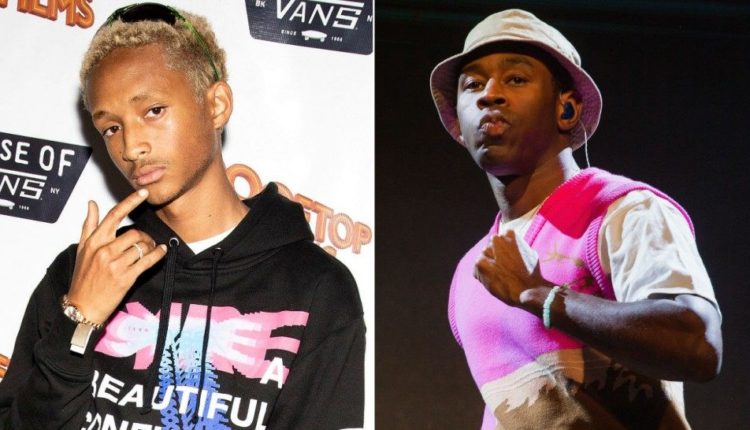 Jaden Smith shocked audiences by going on stage during one of his shows and saying that Tyler the Creator is his boyfriend! Gasp! Shock and shocked! But is it true? Or is it a goof on us and the audience not unlike the time when Eminem “dated” Nicki Minaj? I don’t kow. But there’s a slew of evidence to try to get us to figure things out one way or the other.

In the video we can see a man in surgical mask wagging his finger no, and the man turns out to be Tyler himself. Tyler the creator has long been teasing his possible (probable?) homosexuality through his lyrics, but never formally came out — and it’s unsure wether or not this statement is true or a joke. In the past, Jaden Smith portrayed a queer character who shared a same sex kiss in the Netflix show, “The Get Down”.

Jaden later called Tyler out on Twitter, to which Tyler responded that he’s just crazy, which doesn’t SEEM like very coupley behavior, but the rich and the famous — they are not like you and I. They get into weird public fights on and goofems on Twitter as they out one another’s sexuality.

I mean, if it’s a joke, it’s a weird one. So I’m going with… I don’t know!? Here are the Tweets. You amateur detectives at home can dig through the words and the syllables. I’m here just to offer the damn facts and nothing more!

hahaha you a crazy nigga man

What do you think? Are Tyler the Creator and Jaden Smith an item, or is this old fashioned young person goofing meant to befuddle us sputtering olds into passing out in our denture water? Let us know in the comments or on Twitter at @WhatsTrending.

Bethany Mota Claps Back at Haters With Tweet Compilation Song