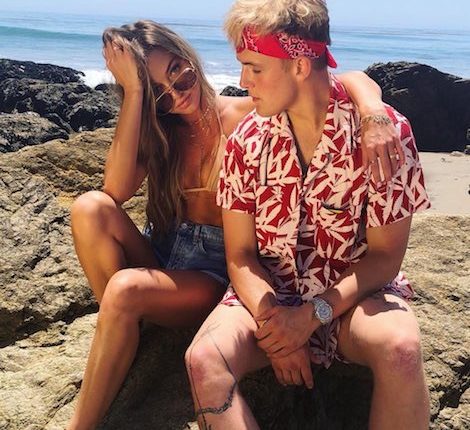 Despite the two being popular in the social media eye, you never know what’s going on behind closed doors. However, fans started to piece things together when cryptic tweets were sent out by the two, suggesting that their relationship had started to turn rocky…

Your gut feelings are always right

Although the two seemed pretty set up during Shane Dawson’s, ‘The Mind of Jake Paul’ docuseries, inside sources have revealed that apparently Erika’s recent behaviour has contributed to this decision, with many noticing how it seems like Erika no longer wants to be around Jake, let alone living in the same house as him.

As with all relationships, there’s ups and downs, and hopefully this is just one big drop and that they’ll sort things out soon. Although, the news has come as a bit of a shock to fans, with many saying how they’re hoping it’s just rumours, and others saying how it’s broken their heart…

Why am I, a fully grown adult, properly upset because @jakepaul and @erikacostell have broken up ?

@jakepaul @erikacostell I hope it’s just rumors. It will hurt so bad if they are true but I will still fully support you guys either way. #Jerika ?have to find happiness.

So what you’re telling me is that I spent 8 hours developing a fondness for Jake Paul and Erika Costell’s relationship only to have my heart crushed.

me before and after finding out jake paul and erika costell have broken up right after getting attached to them via shane dawson’s documentary pic.twitter.com/BABHHM13xy

However, Jake Paul settled the rumours there and then, and released a statement on Twitter to put things straight…

I have to admit, although I have never been a ‘Jake Pauler’ myself, I did grow some attachment to the couple and their affection towards one another during Shane Dawson’s series. It seemed like a loving relationship, where both people cared about each other a lot, just like in the movies.

But I guess that’s the problems with fairytales – they’re not real.

Are you upset about the news of YouTube’s power couple going separate ways? Let us know in the comments, or on Twitter at @WhatsTrending.