Jordan Woods has opened up about what happened between her and Tristan Thompson...but Jeffree star is calling BS. 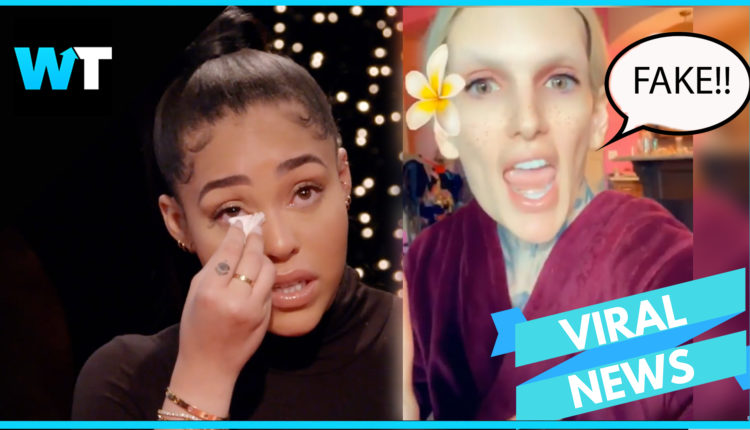 Jordyn Woods has opened up about what happened between her and Tristan Thompson…but Jeffree star is calling BS. Jordyn Woods has been Kylie Jenner’s Best Friend through thick and thin. Her father was a sound engineer on Fresh Prince of Bel Air, developing a close friendship with Will, and by extension, their kids became friends as well. Jordan met Kylie through Jaden and the rest is history.

But now, a night out gone wrong has led Jordan into one of the biggest cheating scandals of the year involving Khloe Kardashian’s baby daddy…Tristan Thompson.

Partygoers leaked information that Tristan and Jordyn were getting cozy and flirtatious during a house party over the weekend, which led some to report that the two hooked up, betraying the trust and confidence of the Kardashian family as a whole.

But Jordyn has a different side of the story, which she revealed on Jada Pinkett-Smith’s Red Table show. Jordyn denies the allegations that the two hooked up, but she does admit to this.

She says she lied to Khloe and Kylie about what went down for fear that the story would get blown out of proportion. Which, it was.

But some people don’t believe Jordyn’s story…including Jeffree Star, who had this to say. Others believe the whole thing has been masterminded by Kris Jenner to promote the upcoming season of Keeping Up with The Kardashians.

But orchestrated or not… the fact that everyone is focused on Jordyn and not Tristan, who has a history of cheating, echoes a bigger conversation about how women and particularly black women are treated in the media.

So where do you stand in all of this drama? Let us know if the comments section.

Jonah Hill Had the BEST Comeback to Internet TROLL