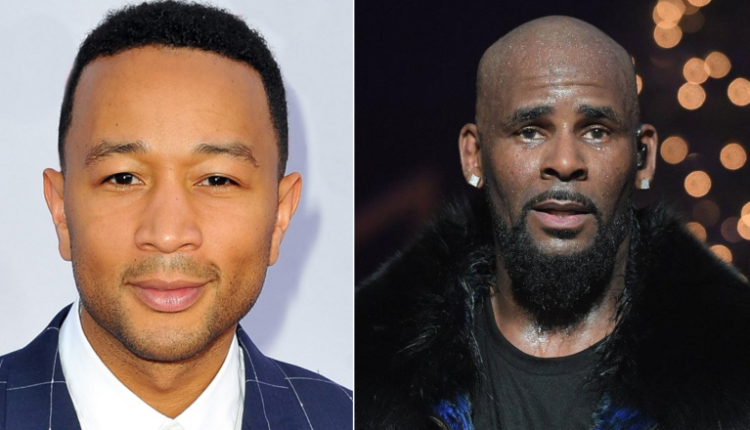 Yesterday saw the premiere of “Surviving R. Kelly”, a damning documentary showing R. Kelly’s endless acts of statutory rape, and his history of dating and raping girls as young as twelve years old. The documentary discussed his abusive control of the women, Aliyah forging her documents to make herself seem 18 when she was 16 to marry R. Kelly, and his constant production of sex tapes starring 14 year old girls. You know, child pornography. Four more parts of the documentary are forthcoming, but one thing making headlines is the amount of celebrities who refused to appear in the documentary due to the “messiness of the situation”, whatever the hell that means in the context of saying you don’t like a child rapist.

According to the docuseries’ director dream hampton (her name indeed begins with lowercase letters), as interviewed in Shadow and Act, many celebrities refused to appear in the documentary to discuss R. Kelly’s crimes and his effect on the people he’s abused. Said hampton: “John Legend was the only one [who participated] I asked Jay-Z, I asked Mary J. Blige, I asked Lil Kim, Erykah Badu, Dave Chappelle… But they all said no. I mean, most people just don’t want to touch it. I remember Ahmir [“Questlove” Thompson] was like, ‘I would do anything for you but I can’t do this.’ It’s not because they support him, it’s because it’s so messy and muddy. It’s that turning away that has allowed this to go on.”

Indeed, as is prevalent in the entertainment industry, or honestly any industry, people who could make a difference have decided to turn a blind eye to abuse rather than risk even an iota of damage to whatever it is their plans are for their career.

Questlove has since tried to cover for himself by promoting the documentary on his Twitter feed, but John Legend’s support of the documentary has been far more explicit. Not only due to his appearance, but because the star has went on Twitter and minced no words, saying “I believe these women and don’t give a fuck about protecting a serial child rapist. Easy decision.” Check out his Tweets below.

To everyone telling me how courageous I am for appearing in the doc, it didn't feel risky at all. I believe these women and don't give a fuck about protecting a serial child rapist. Easy decision.

We should all thank my friend @dreamhampton for her very necessary work to create #SurvivingRKelly. These survivors deserved to be lifted up and heard. I hope it gets them closer to some kind of justice.

Fantastic. Be more like John Legend, everyone. A man who puts the welfare of other human beings over whatever the heck others think could help their career. Although this certainly looks like a black eye for anyone who decided that criticizing child rape was too messy to participate in.

What do you think of John Legend’s statements? Let us know in the comments or on Twitter at @WhatsTrending.