Journalist Goes VIRAL for STANDING UP Against Harassment 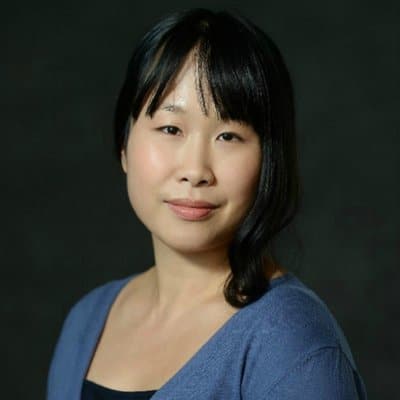 Joanna Chiu, a journalist with The Star Vancouver, recently chronicled an incident of harassment which took place on a flight from Toronto to Vancouver. Chiu wrote about the episode on a viral twitter thread, and later followed up with an op-ed article.

Chiu was seated in the row in front of a teenage girl and a man in his thirties. The young woman’s family was sitting elsewhere on the plane. Chiu took notice of the situation from the very beginning.

“He started off by asking about her career plans and laughed when she said she wanted to be CEO and kept giving her ridiculous advice. She was friendly and he seemed to take that as a welcome cue to get very familiar and started teasing her and kept saying that he wanted to take her out to eat, which she was ignoring. At this point, I had to stay awake in case anything went further than that.”

Ms. Chiu remarked in her op-ed that when she initially got on the plane, she was ready to sleep, but we’re glad she didn’t. The man soon crossed the line.

“…he asked for a “dirty” photo while leaning close to her I turned around and rage-whispered exactly what I thought of that and he didn’t say anything back and went off to use the washroom.”

Other women on the plane also noticed what was happening. Soon, more people were speaking up. In no time, the crewmembers were taking action.

“They checked other witness accounts and the head of the flight service (a woman) asked the man to move. He resisted then started swearing at me and asked to talk to the boss and the head flight attendant said “I’m the boss, this is really serious and we could land the plane.”

Finally, the man agreed to move. The crewmembers made sure the teen was alright, wrote a report about the occurrence, and the flight continued on its way as planned. Chiu added that the flight attendants controlled the situation admirably, but did raise an important concern.

“…none of the male passengers seemed to show they noticed what was going on. Maybe fellow women are more likely to pick up on warning signs early on in the conversation because we used to be teenage girls too?”

Ms. Chiu wrote that all adults have a responsibility to intervene in a situation such as this, even if a crime isn’t being committed in a literal sense. Chiu knows what it’s like to be the victim of aggressors. When travelling as a young woman, she encountered everything from an older man flirting with her, to one man kissing her without her consent.

“Men need to figure out how to ‘spot creeps’ in their vicinity as well and men can help too to prevent harassment or assault. It’s so disturbing there are predatory people out there who act like they have no idea what they’re doing is wrong.”

We’re glad there are people out there like Joanna Chiu who stand up to predators. She noted that security was waiting for the man when he exited the plane. Chiu also included a bystander intervention training article in her twitter thread, view it here: https://www.nytimes.com/2017/12/11/upshot/sexual-harassment-workplace-prevention-effective.html.