He says he lost 35 million in an hour, but gave no thought to his victims. 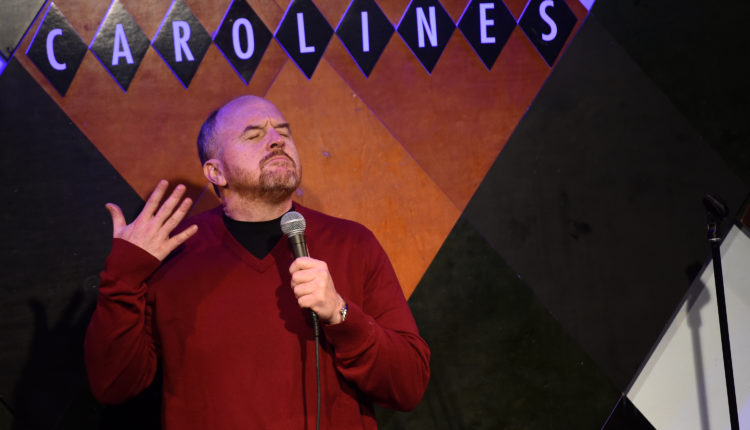 The nation has been watching with puzzled curiosity as Louis CK, despite the fact that nobody at all seems to want him to, is forcing his way back onto the comedy stage. His first set seemed to be a strange, dead eyed, robotic observational comedy that was tied up with a rape joke. Observers were shocked he returned, and many who were hoping he could turn his experience into something at least that gives us some insight into why he did what he did were disappointed that he abstained from commenting on the subject. Well, Louis CK commented on it… in a sort of round about way. He mainly commented on how much the allegations negatively impacted… him.

“I lost $35 million in an hour.”, said CK according to LaughSpin.com. The comments were a small part of a larger set that for the most part was made up of more generic material. (According to Laugh Spin: “…he mostly talked about getting old and wondered if gay guys miss when it was bad to be gay.” So like– whatever.) However, there were comments throughout, in large part at long last acknowledging his increasingly quickly dropping status.

“Good to be here even though some of you might not like me,” Louis CK opened his set with. Additionally Louis CK discussed feeling like he’s been through Hell (where he said he met Hitler) and that he has been yelled at on the street.

There still however is yet to be a discussion of the actual pain he has caused the women whom he sexually assaulted and then worked with his manager to stall their careers so they would not talk about it. And looking at Twitter two of the women he forcibly masturbated in front of, Dana and Julia, are not happy with this attempt to squirm back into the limelight, and point out that whatever difficulty he has experienced is not that much compared to their own.

Boo fucking hoo. Is he on unemployment? Does he get rape threats? Does he carry a brand new taser when he walks at night because he's been told that he will be beaten to a pulp for ruining comedy? No? Just us girls? Ok cool. https://t.co/UVyvWVAe1f

What do you think of Louis CK’s attempts to return? Let us know in the comments or on Twitter at @WhatsTrending.