Louis CK Tried to Get Pete Davidson Fired Over WEED 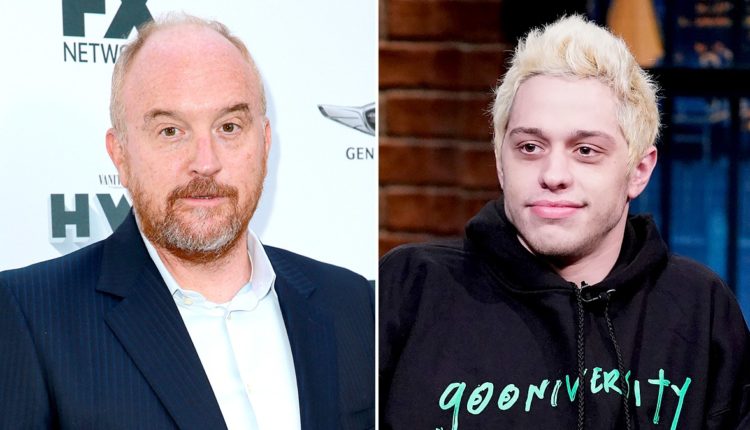 Look. Louis CK sucks. For the longest time, people expressed that we have to separate the comedian, in all of his sex criminal glory, from the work. But after the leaking of a truly odious, alt right tinged set just days before the New Year, it seems all bets are off. Why even care to separate the art from the artist if the artists work is truly some rancid trash. Comics in the public eye have now allowed themselves to talk negatively about the once untouchable comedian, and Pete Davidson gave one of the oddest revelations about a comedian who is no stranger to those. Apparently during an episode of SNL, Louis CK told the producers of SNL to do something to Pete Davidson at the show due to his use of marijuana.

The jokes came during a set on New Year’s Eve in Boston, MA. Pete Davidson, recovering from the suicidal ideation the comedian hinted at in a now famous Instagram post, discussed him being surprised by the release of Ariana Grande “Thank U Next”, which specifically called him out. (According to the AV Club, he said “That shit came out before I had to put on a fucking duck hat and be like, ‘derrrp here’s the pizza!’ So all my friends were there. It was a sad day. We didn’t know it was going to happen.”)

His CK bit began like so, as quoted on The Daily Beast: “I got a Harry Potter tattoo. Then the next day Alan Rickman, the guy who played Snape, died and I was like, oh, what a weird coincidence. Then I got a Willy Wonka tattoo. Next day—Gene Wilder dies. Now I’m like, alright, that’s a coincidence, that’s weird. So I’m thinking of getting a tattoo of Louis C.K., what do you guys think?”

Pete Davidson then shared with the audience a story about Louis CK, from the week he hosted in April, 2017. According to Pete Davidson, a comedian who is still welcome on stage, Louis CK: “told all the producers in front of me that all this kid does is smoke weed and he’s gonna smoke his career away…” and told Lorne Michaels about Davidson that he “smokes so much weed that it makes people uncomfortable… Then five years later this motherfucker’s been locking doors and jerking off in front of people.” Quotes taken from The Daily Beast.

So keep that in mind next time Louis CK seems entitled to a second chance: he really took it upon himself to ruin Pete Davidson’s first. Because of weed of all things.

What do you think of Pete Davidson’s story? Let us know in the comments or on Twitter at @WhatsTrending.