Michael B. Jordan in Consideration to Play Superman 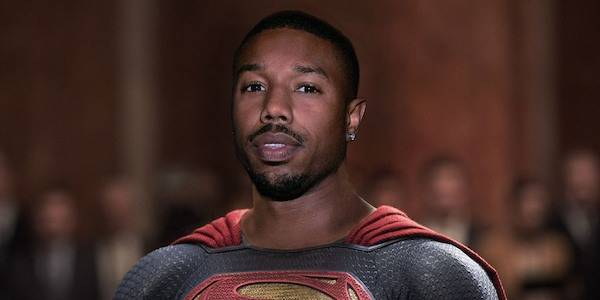 Earlier this morning it was announced that Henry Cavill is out as Superman, an iconic role he played in three films thus far — Man of Steel, Batman v Superman: Dawn of Justice, and Justice League. Although not through any fault of Cavill’s, those three superhero films were put down for their dour mood and nihilistic point of view — two things Superman is not known for, so it’s understandable that DC would want to start anew. Although with whom is a surprise, and an absolute treat to fans, as one name stood out from the pack of Superman hopefuls: Michael B. Jordan!

This comes courtesy of Deadline who stated: “The word has been out that Warner Bros. has been mulling a completely different direction with its Superman canon for some time, even considering casting Michael B. Jordan in the role down the road.” Michael B. Jordan is indeed an exciting and inspired choice.

Michael B. Jordan won over nerd hearts with his portrayal of Killmonger, the enigmatic villain in Ryan Coogler’s brilliant Marvel movie Black Panther. We’d be remiss if we didn’t mention that he also played a superhero before with his portrayal of Johnny Storm, aka The Human Torch in the maligned 2015 adaptation of Fantastic Four, so Michael B. Jordan’s superhero bonafides are coming close to that of a career actor, and his warm charm would fit well in the role of a character who has always evolved with his audience.

Of course, there’s a toxic portion of the nerdosphere that would clutch their invisible and racist nerd pearls at the concept of a black Superman, and if they do, then I am a better nerd than them. Didn’t you racist dorks ever hear of Calvin Ellis, the Superman of Earth 23!? On that Earth, this Superman serves as President and helps protect the Multiverse with the help of Justice Incarnate. You can read about him in Final Crisis #7, Action Comics #9 (2011) and the Multiversity series. Grant Morrison created the character and based him on Barack Obama, he’s great.

Anyway, who knows what kind of Superman Michael B. Jordan would be playing, wether its Calvin Ellis or Kal-El, or something completely different, or if he would get the role at all. For now, DC and Warner Bros are focusing on a Supergirl adaptation.

What do you guys think of the idea of Michael B. Jordan playing Superman? Let us know in the comments or on Twitter at @WhatsTrending.