Does Donald Trump have to quit now? 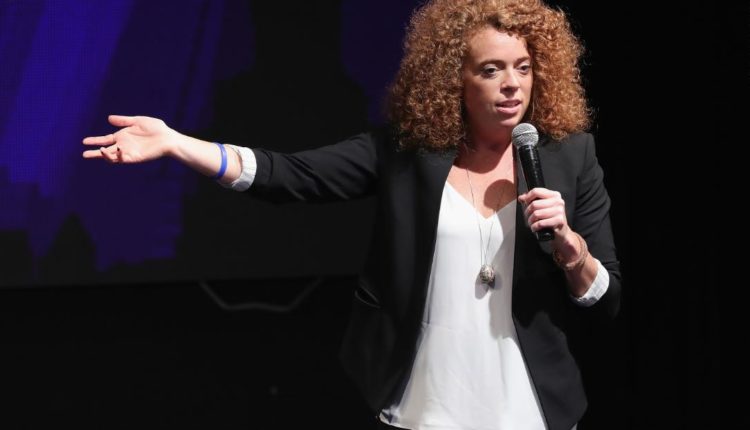 As Morgan Murphy points out, this is the ultimate comedian DESTROYS heckler video that we can bring around, just a video of the two Tweets in question. You see, Weird, public yeller, Donald Trump is now completely supportive of the Saudi Arabian regime that admitted to the violent murder of Washington Post reporter Kashoggi. He’s even Tweeted out thanks to Saudi Arabia just earlier today based on some vague ideas about oil. So, Trump is completely supportive of the murder of journalists overseas in his continued attempt to keep pushing down the bottom lower and lower, and one thing he isn’t for apparently? Just the concept of comedy. Celebrating that the ever sadder White House Correspondent’s Dinner is no longer bringing in comedians, he went after Michelle Wolf…

So-called comedian Michelle Wolf bombed so badly last year at the White House Correspondents’ Dinner that this year, for the first time in decades, they will have an author instead of a comedian. Good first step in comeback of a dying evening and tradition! Maybe I will go?

As you may remember, Michelle Wolf’s set was criticized by the famously overly sensitive Trump administration, as Sarah Huckabee Sanders purposefully misconstrued an eye shadow comment that was meant to talk about how she lies. She then continued to lie for the president. So, given that the president now supports Saudi Arabian murders committed by royalty over the people in his own country, Michelle Wolf has the absolute perfect come back.

I bet you'd be on my side if I had killed a journalist. #BeBest https://t.co/bZ91Cg0QCr

Daaaaamn. Although, there’s an aspect of this that’s even more troubling, following Donald Trump’s weird comments that the troops didn’t kill Bin Laden quick enough, and that he may have done a better job–

VIDEO: How to Do the “DRUMMER BOY” CHALLENGE