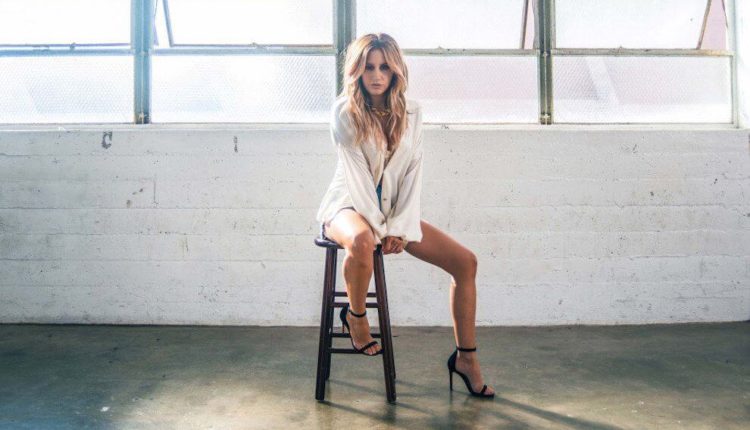 Ashley Tisdale is back! The “Voices in My Head” singer known for her role as sassy “Sharpay Evans” in “High School Musical” is clapping back at her own anxiety through her new album, “Symptoms,” released today.

The release of her first single in 10 years, “Voices in My Head” debuted back in early November, and the singer has been teasing us with bits and pieces of her album since. Well, no more waiting because the whole album is finally here! With 9 well-crafted songs, Tisdale makes her listeners feel as if they are not alone in their struggles. Her willingness to share her innermost fears and stressors show the world that no one’s life is as perfect as it appears on Instagram.

The lyrics in her lead single allude to the anxiety and depression she developed over the years. “I know they never stop talking, Always sabotaging But talk is cheap, This is the last time I listen to the voices in my head.” One word. Relatable. Seems that Tisdale may be the new Taylor Swift in terms of conveying the things we all feel into beautiful lyrics.

Just last night, Tisdale performed “Voices in My Head” on The Late Late Show with James Corden, her strong vocals wrought with empowerment and vulnerability. She was clad in a cinched at-the-waist, but flowy frock decked out with lace and tulle detailing. The ensemble gave off a confident vibe, Tisdale even twirling around and dancing carefree toward the end of the performance.

“Vibrations,” another track on the album, is vivacious and bubbly, showing the singer’s ability to let go of her worries and have fun. “We, we can catch a vibe, Hangin’ on the couch on a Friday night, Yeah, we, we can take a break, Warmin’ up some Thai in the microwave, Let’s crack open a bottle of wine, Get drunk alone, just you and I, Yeah, we, we can get high on the good vibrations.” Sounds pretty relaxing to me.

The only thing we still seem to be waiting on is a tour! Where should Ashley tour her music? Let us know in the comments section down below.

Perfectly imperfect ⚡️Last night with @latelateshow performing Voices In My Head off my album @symptoms coming out TOMORROW!!!

For anyone who has dealt with mental illness raise your hand 🖐🏼 and know that you are not alone and NEVER let those feelings hold you back. #Symptoms is what helped me through my journey and now I’m excited to share it with you and hope that you find comfort that we are all human and we can get through it together. @symptoms is finally OUT IN THE WORLD!! Link in bio!!

8 Emerging Black Artists You Need To Listen To