Ariana Grande Reveals Familiar and New “Thank U Next” Cover 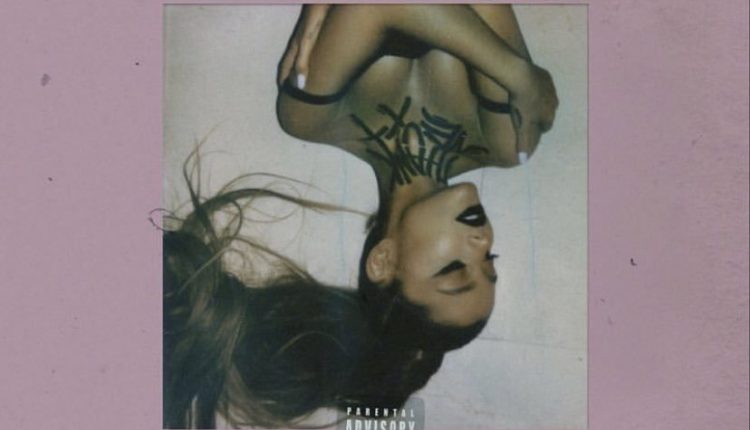 she still upside-down. but this time she kinda ……… fucks w it lol.

Additionally, the cover’s pose sort of reflects one of Ariana Grande’s earlier covers, the one for 2013’s “Yours Truly”. The cover for “Yours Truly” had a sweet and almost high school tinged cover. This one has much of an insane DIY vibe. Polaroids, tattoos, all of that reflects a more independent punkish lifestyle. Could it be tinged with influence from the last year, one loaded with heartbreak, pain, Pete Davidson, and somewhat cruel release cycles? Is Ariana Grande reflecting the aging of her fans and the cultural changes that come along with it? I mean, probably.

Ariana Grande then gave some insight on the creation of the album cover, giving credit where credit is due, and calling the cover one of her favorites.

this is my fav album cover i think. brian painted me. fredo shot me. made with tru, deep friendship and love. just like this music.

OH AND i'm sleeping again. which means you're gonna love it.

Grande has had a notoriously tumultuous few years. She was in the eye of the storm of a tragic terrorist attack in England, and her relationship, and dissolution of relationship, with SNL star Pete Davidson made headlines as an example of both a couple moving too fast, and general heartbreak. The death of her ex-boyfriend Meek Mill further led the star to take a short lived break from entertainment. This album is expected to reflect her struggles and evolution from during this time.

What do you think of Ariana Grande’s new album cover? Let us know in the comments or on Twitter at @WhatsTrending.

VIDEO: Kid Belting “Panic! At the Disco” At Karaoke Is Life Affirming