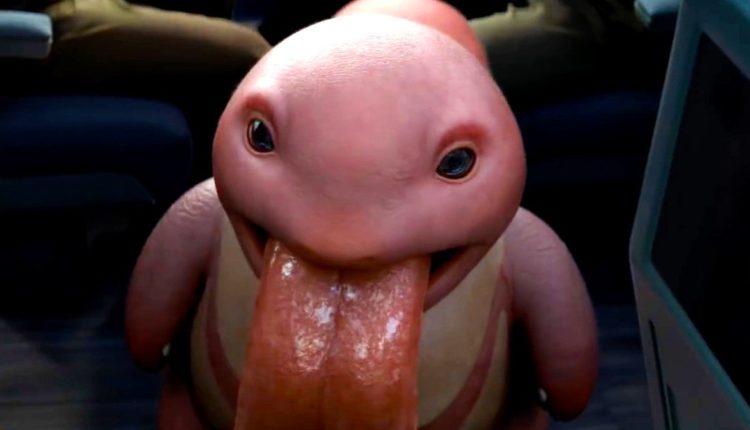 There are few nerd things I love more in this world than the Poke’mon franchise, and few things have shattered my brain more than “Poke’mon: Detective Pikachu”. It’s not even so much that the voice of Ryan Reynolds, aka the voice of Deadpool, is seen spewing out of a character who’s been with me since I was like 9, and it’s not just that Ash Ketchum is nowhere to be seen! No, as described earlier, it’s that damn freakish CGI design of the Poke’mon and their creepy realistic animal eyeballs! I loathe them so much.

But I digress. Let us move on to the next freakish design that is in our rolodex, as the newest Poke’mon: Detective Pikachu teaser gave us a new disgusting animal to gawk at: Lickitung. For those not in the now, Lickitung is a disgusting freak who is known for his extremely long tongue that paralyzes people when he uses it on his foes. He’s a repulsive animal – half blob fish, half the embodiment of bad boundaries. Also, he’s a normal type, so he’s not even good in battle, so screw that. But double screw to the new terrifying design of Lickitung in the CGI nightmare that I will pay money to see on opening night, Detective Pikachu. Look at this thing! My goodness!

As it does for anything deeply weird, the internet had some things to say about it. Check out their reaction to New Lickitung below.

As for me? Folks. I love Lickitung. He’s a big huge freak, but that’s what I want out of this specific Poke’mon movie, big huge massive old freaks. Lickitung, come to me in my nightmares and lick all my stuff like Divine did at the end of Pink Flamingos. Oh, a John Waters directed Poke’mon movie… or Poke’mon in Pink Flamingos… my, a boy can dream!

Also, Growlithe was in the damn thing, but he looked too normal to get his own entry.

What do you think of all this hideousness? Let us know in the comments or on Twitter, and check out our video about Poke’mon Go causing crimes above, if that’s your speed, you know?