"With A Little Help From My Friends"... 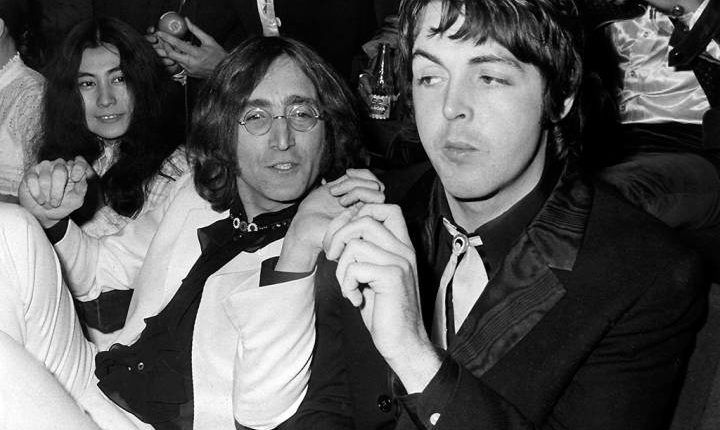 Paul McCartney and John Lennon — two lads from Liverpool whose unbelievable collaboration with the Beatles essentially gave birth to a deathless and ever inspiring strain of rock and roll. The two men together changed modern culture, brought a sense of humor into the mainstream, and made drug culture a mainstream connect. Also they masturbated together once, according to a new profile of Paul McCartney in GQ magazine.

What can I tell yah, it was the 1960’s, and this is how cool stars had fun together, I guess! Look, I’ll let the writer of the ageless and beautiful song “Blackbird” explain his wank off seshies with his best friend John Lennon in his own words:

The group of men then masturbated while encouraging each other to yell out the names of stars who would help them pleasure themselves with their best friends before going back and producing “Hey Jude”.

GQ then followed up and asked if this was a one off thing, and McCartney responded:

“I think it was a one-off. Or maybe it was like a two-off. It wasn’t a big thing. But, you know, it was just the kind of thing you didn’t think much of. It was just a group. Yeah, it’s quite raunchy when you think about it. There’s so many things like that from when you’re a kid that you look back on and you’re, ‘Did we do that?’ But it was good harmless fun. It didn’t hurt anyone. Not even Brigitte Bardot.”

Well, I guess Paul McCartney is at the stage of his life where he’s far enough removed from the highest point of his celebrity that we’re going to get the good stuff! Oh heck yeah! Now he can finally tell us if he was secretly dead in the 60’s or not.