The star will be remembered for his iconic swagger, sense of humor, and influence on culture. 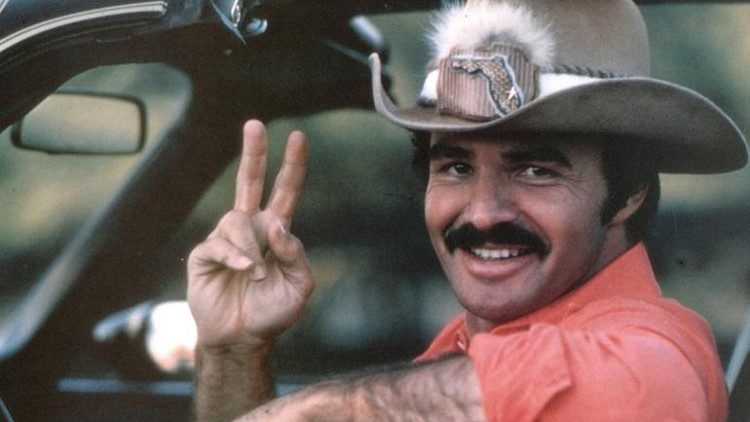 Burt Reynolds, the actor whose unmistakable charm and unavoidable charisma made him a star in movies such as “Smokey and the Bandit”, “Cannonball Run”, ‘Deliverance” and “Boogie Nights”, has passed away at the age of 82 from cardiac arrest.

Reynolds was the highest grossing movie star between the years 1978 and 1982, and was known for his focus on having fun with the role he played — showing an affability few stars would be able to match before or since. It was a charm and energy that made him an icon, a figure audiences could lose themselves in as they wrapped themselves in the joy of watching him in a role.

I could talk about him for days. His contributions to the FSU theater program alone helped change my life, and that's removed completely from his cultural iconography.

His career began as he played, in his own words from his 2015 memoir But Enough About Me, a”bunch of angry guys”, but it was his appearances on the Tonight Show that showed the world that the actor was capable of a sense of humor. Said Reynolds: “My appearances on The Tonight Show changed that. My public image went from a constipated actor who never took a chance to a cocky, wisecracking character.”

Burt Reynolds & Clint Eastwood were fired from GUNSMOKE & RAWHIDE at the same time. Burt was told he couldn't act and Clint his neck was too skinny. In the parking lot, Burt said to Clint, "I dunno what you're gonna do, but I'm gonna take acting lessons." #RIPBurtReynolds

Merely the roles Burt Reynolds rejected would have been a cornucopia — Reynolds was a top choice to play Han Solo in Star Wars and John McClane in Die Hard — with rumors that he was a top choice for the Jack Nicholson role in One Flew Over the Cuckoo’s Nest, playing Batman on the titular 1960’s television show, and playing the role that went to Richard Gere in Pretty Woman.

Amongst his various iconic appearances, Burt Reynolds’ lusty nude shoot on a bear skin rug for Cosmo magazine — one of the few examples of sexuality in the mainstream aimed at women — was immediately legendary. Although, according to The Hollywood Reporter, Reynolds blamed it for Deliverance not getting the recognition he thought he deserved. More importantly though, it cemented the actor in his now legendary persona.

Burt Reynolds kicked off hte idea of the overt female gaze with this Playgirl centerfold. For that I salute him. pic.twitter.com/zFJtURACdG

Even now Burt Reynolds continues to captivate younger generations, with his appearance and cultural presence on FX’s Archer continuing to be a source of joy.

The Hollywood Reporter ends their eulogy with a fitting final quote from his memoir:

“I always wanted to experience everything and go down swinging. Well, so far, so good. I know I’m old, but I feel young. And there’s one thing they can never take away: Nobody had more fun than I did.”

Reynolds will be missed by his fans.

What are your favorite memories of Burt Reynolds? Let us know in the comments or on Twitter at @WhatsTrending.

Dancing CGI Lizard Will Dance To Whatever You Want