The creator of The Avengers, The X-Men, The Hulk, Iron Man, Black Panther, The Fantastic four and others has died at the age of 95. 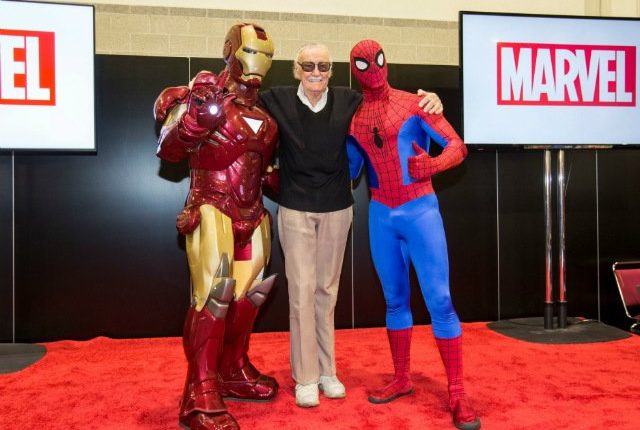 How can you even start an obituary of Stan Lee? The man influenced pop culture more than almost any creator in American history. Maybe the Beatles can claim as much to his throne, but then, given the longevity and influence of Stan Lee’s most prominent co-creations: Thor, Iron Man, The Hulk, Daredevil, Spider-Man, The X-Men, Ant-Man, Groot, Black Panther, Dr. Strange, The Fantastic Four, Nick Fury and so so many others, it’s hard to find someone who redefined fantasy and adventure, along with just how comic books are marketed, sold and written, as much as the man born Stanley Lieber has in his life.

Stan Lee, born December 28th, 1922, joined Marvel at the ripe very young age of 17 years old as an assistant due to his relation to the publisher Martin Goodman. There, he finally got his break and wrote his first piece for Marvel for Captain America #3, titled “Captain America Foils the Traitor’s Revenge”. He used the pseudonym Stan Lee, planning to save his birth name for “more literary work”.

Stan Lee’s greatest accomplishments came with his artistic collaborators, Jack Kirby and Steve Ditko. Jack Kirby brought bombast and legend with creations such as Thor, The Fantastic Four, The Hulk and The Avengers and X-Men, while Steve Ditko brought in an otherworldly creepiness with Spider-Man and Dr. Strange — and Stan Lee grounded both with his wit, humor, and incredible character work.

Under the pen of Stan Lee, superheroes were not just Gods who flew above us — they bickered, they fought, they made referenced to Woody Allen movies. Stan Lee, as one of the architects of the Marvel Universe, created a world where anyone can get superpowers. Why– even YOU! Spider-Man was the ultimate portrayal of this idea, as Peter Parker was just an ordinary scrawny teenager with troubles with bills and his relationships who nevertheless went out and did his duty.

Great power and great responsibility. That was Stan Lee’s trademark, but it meant so much more. It put into focus the duty to do good by others even when it’s absolutely impossible. Stan Lee helped father the pop universe and nerd culture trapping that we still reap the benefits from today.

Marvel, the company that Stan Lee defined, and then served as mascot for when he was too old to do more, currently has a quote from the comic book legend on its website which says:

“I used to be embarrassed because I was just a comic-book writer while other people were building bridges or going on to medical careers. And then I began to realize: entertainment is one of the most important things in people’s lives. Without it, they might go off the deep end. I feel that if you’re able to entertain, you’re doing a good thing.”

What’s Trending had the honor of interviewing the legend twice throughout his life.

What are your favorite Stan Lee memories? Let us know in the comments or on Twitter at @WhatsTrending.