He was incubated in a boiling pot you see. 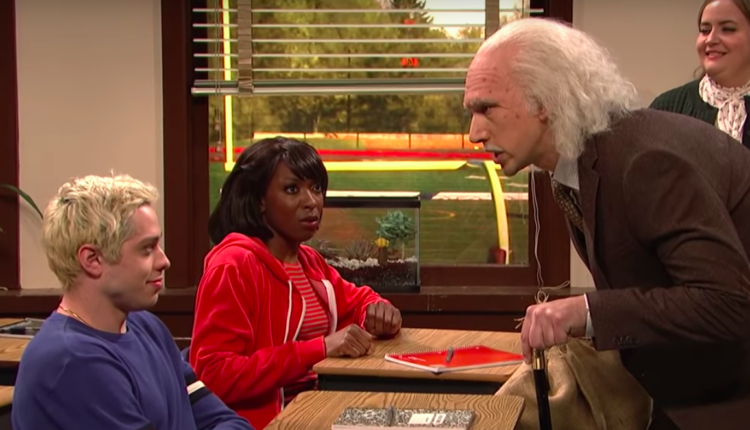 This weekend’s SNL really pulled out all the stops, from Matt Damon playing a manic and sniveling Brett Kavanaugh, to Kanye just being his old lovable deeply disappointing self. One sketch however really blew people’s minds, and it involved Adam Driver, old age make up, and a bizzare and insane performance which felt like it was born from a mad fever dream encompassed by nightmares from other dimensions as you are forced to swallow the whole of American history as you are there to witness the everlasting scowl of oil man Abraham H. Parnassus.

Oh, and newly bleach blonde Pete Davidson plays his son Mordecai and breaks throughout. Check it out.

The sketch is insane, terrifying and incredible. If we have one complain about it, it’s that we wish a regular cast member would have played Abraham H. Parnassus and made “Oil is Earth’s milk, and only the strong may suckle at mother’s teat” 2018’s hot new catchphrase. I want to hear it from every street corner the way “making copies” was everywhere for a little while. Delightful.

A poster on Reddit called the video the performance of Adam Driver’s career, and it’s hard to not agree. The bizzare intensity, the insane grimacing, the terror. It’s a “There Will Be Blood” with the edge of a deranged Filntheart Glomgold, Scrooge McDuck’s rival.

Hell, maybe this should be the next SNL movie. An elaborate parody of “There Will Be Blood” concerning the rise to power of Abraham H. Parnassus and his battle against HR Pickens. Heck, you can have Mellisa Villaseñor co-star as the student who escaped with him to the lands of oil to learn from his cruel ways, and Pete Davidson as his son who he leaves behind on a train like in “There Will Be Blood” but as an adult.

Man, There Will Be Blood is good. Man, this sketch is good. I’m going to go rewatch both.

What did you think of the sketch? Let us know in the comments or on Twitter at @WhatsTrending.