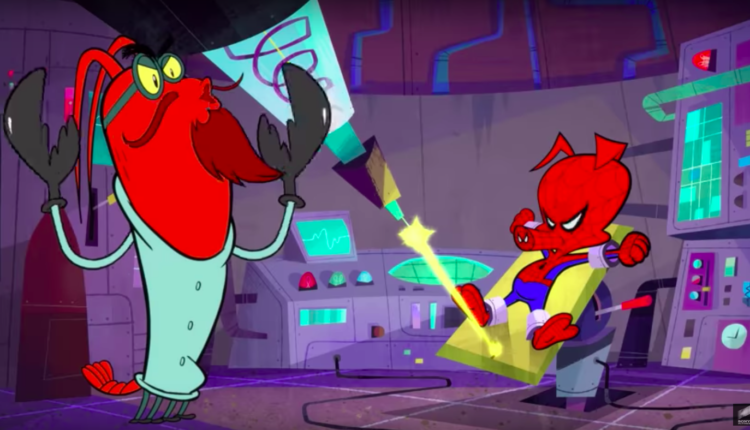 Look, we’re all human, all right? We all remember and love Spider-Man: Into the Spiderverse, and like all good human beings we demand more! It can be of whatever quality they want to bring us, you think we’re picky? Well, imagine our shock when the first Spider-verse spin off cartoon, the John Mulaney as Spider-Ham starring “Caught In A Ham” dropped a preview ahead of its release with the home version of Spider-Man: Into the Spiderverse (coming digitally on February 26th, and on Blu-Ray on March 19th), and folks — it is fantastic! Check it out!

Inspired in part, seemingly by the Powerpuff Girls, but of course in large part to the Looney Tunes cartoons that inspired the original Peter Porker: Spider-Ham comics, the cartoon shows Spider-Ham swinging through the city when he’s kidnapped by a mad lobster who is tricked easily so Spider-Ham can go back to eating the hot dog made clearly out of his fellow pigs! Delicious!

This Spider-Ham short is the first of many, and was brought into the internet with a few featurettes coming with the Spider-Man: Into the Spiderverse home entertainment release. One is about the unique animation style of the cartoon, which, according to the creators, prioritized “good taste over accuracy”, and one about the magic and unique meaning behind the existence of Miles Morales. Check the shorts out below.

“The magic of this character is that anyone can be behind that mask.” What does Miles mean to you? #SpiderVerse 🕷 pic.twitter.com/529ZnQY7u5

VIDEO: Industrial Shredder Shredding Stressballs Is Opposite of ASMR