Pranking your school with some kind of immature goofy phallic prank is one thing, but doing so before the eyes of Google Earth, the heavens, the birds and — we assume, the Angels of Heaven… well, that’s pretty crazy, right? And that was the case when a Scottish student from Mackie, Academy in Aberdeenshire, Scotland shaved in a sixty foot phallus (penis, dick, cock, cock and balls — hold on, for the sake of Google analytics, I have to fully list every word that can be used for male genatalia– peter, wiener — uhh… uhhh… eh, I’ll pick it up later) in his school’s yard, that was witnessed with Google Earth and Google Earth style technologies all over the world. All courtesy of the Scottish Sun. 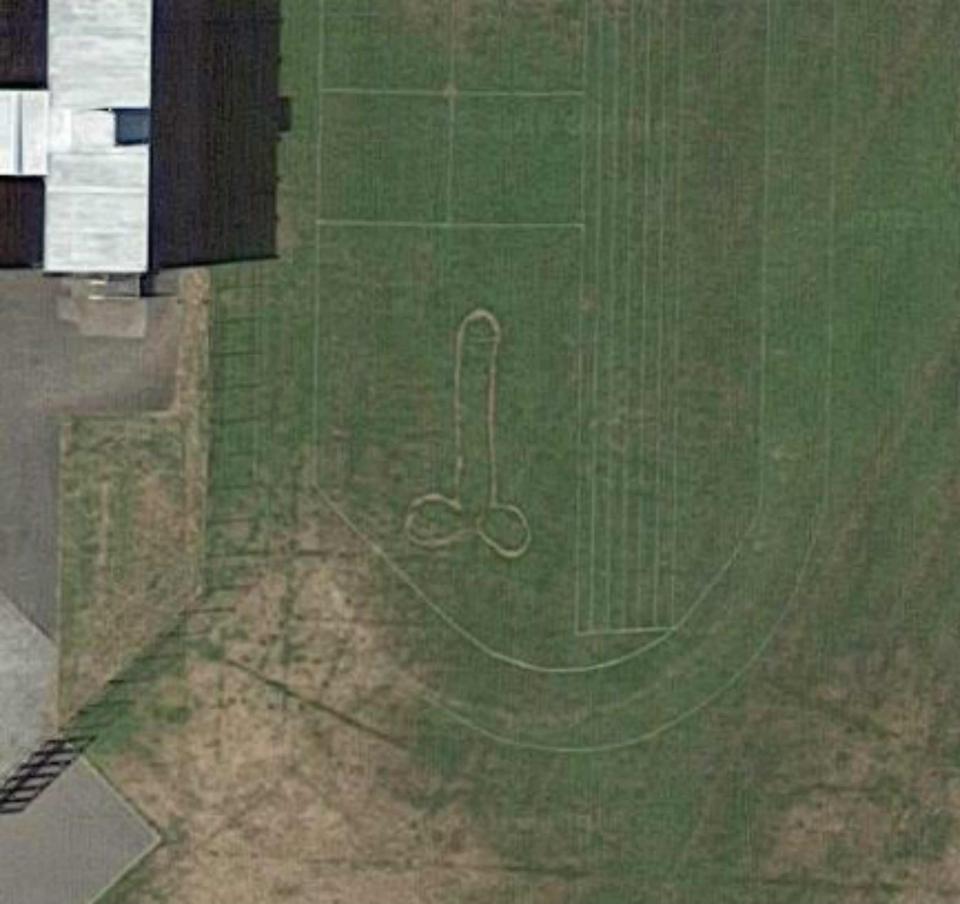 A spokesman for Aberdeenshire Council who no doubt missed the absolute genius of the massive Scottish field phallus, said: “This vandalism dates back to May last year and it’s unfortunate that the image still exists online. We have since re-laid turf on the playing field and while this may be seen as a juvenile joke it has taken time and effort to resolve and is not a good use of resources.”

Wait, the massive prank penis is… gone!?!?!?! Would you paint over a Mona Lisa, would you look at a Jackson Pollock and say, “these paints are too crazy”!? Would you spit on a Mattise!? This is insulting! This is madness! This is… foolish! The children of Scotland will walk emptily through the countries beautiful castles, their glorious fields, and know deep down… that something is missing. Something that the culture of Scotland deeply fears is gone. And the thing that is missing… is a massive Scottish sky penis.

What a glorious era to be alive in the incredible universe of sky art and all sky art based adventures.

For more penis news, check out this story of a man who got hot sauce poured on his penis. En. Joy.

What do you think of the big old prank? Let us know in the comments or on Twitter at @WhatsTrending.