Throughout quarantine, Shawn Mendes has steered away from the public eye, so last week, when he dropped his new song and music video, “Wonder,” fans were ecstatic and watched the immaculate video over and over again.

However, Mendes may be giving us more than just a new song and video.

In a recent interview with the British radio station Capital, Mendes hinted at a possible collaboration with Justin Bieber.

A @ShawnMendes AND @justinbieber COLLAB? I AM BEING [email protected]!! pic.twitter.com/eDy7Vaz1i4

To promote his song “Wonder,” Mendes played a game called “I Wonder If It’s True.” As part of the segment, the Capital radio hosts asked Mendes “I wonder if it’s true that you turned down a collaboration with Justin Bieber last month?”

Mendes responded that it would be “insane to turn down a collaboration considering Justin has been one of [his] favorite artists since [he] was 9 years old” and followed up with “I cannot either confirm or deny.”

After Mendes’ comment, a gasping noise is heard in the studio as they are surprised yet excited – refusing to give a definite answer is usually code for “something is coming.”

Furthering the possibility of a collaboration, Mendes continues to explain how he and Bieber have become close within the last six months as they have enjoyed discussing their shared experiences in the music industry and considers Bieber his mentor.

Over the years, fans have repeatedly compared Shawn Mendes to Justin Bieber as they both are from Canada and rose to fame at a young age after being discovered on YouTube.

However, at one point it seemed that the two artists had some beef. In a 2015 radio interview, Bieber claimed that he was not familiar with Mendes – though both were dominating the industry at the time.

Also, last year when Mendes was crowned the Prince of Pop by Observer Magazine, Bieber (the former prince of pop) commented that Mendes needs to “break a few more records to dethrone [his] title” and challenged him to a hockey game – referring to their shared Canadian backgrounds. Mendes responded with “any time, any day.”

Although there was a lot of joking and sarcasm, fans took Bieber’s comments seriously obligating Bieber to clarify his light intentions.

Though they may have seemed bitter in the past, the two Canadian pop stars have improved their relationship as is evident from a Scooter Braun video of Shawn Mendes, Justin Bieber, and Tori Kelly making music together. 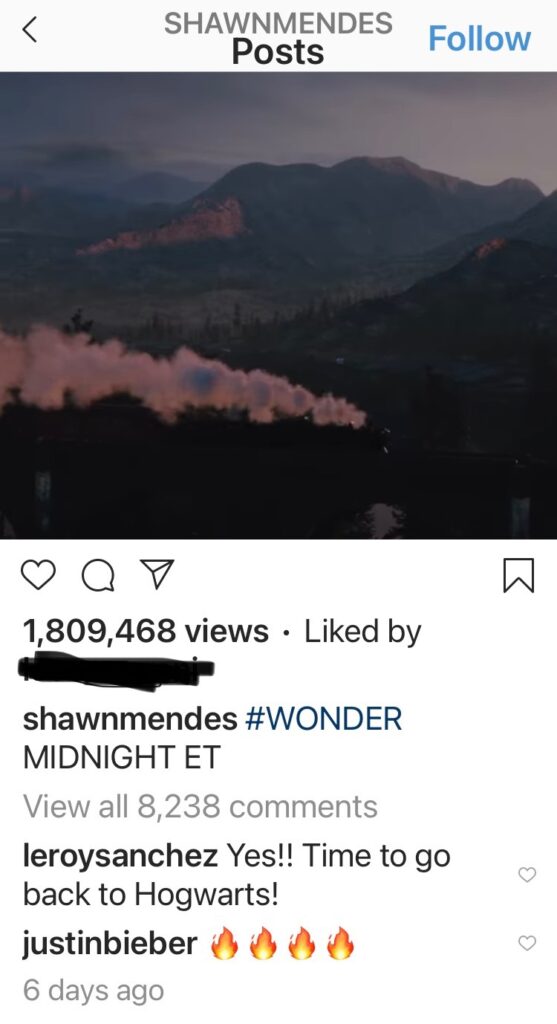 Now, with quarantine, everyone has more time on their hands – especially singers and songwriters as they have time to slow down and work on new music.

Since the beginning of the pandemic, Bieber has released inspiring songs that give a glimpse of light to the darkness of 2020. With ‘Stuck With U’ featuring Ariana Grande and ‘Holy’ featuring Chance The Rapper, Bieber and his team have orchestrated heartfelt music videos that highlight the importance of togetherness and kindness during these rough times. As Bieber is continually utilizing his platform to spread positivity, some may wonder if Mendes and Bieber may be working on a song that has similar themes and purposes.

Fans’ Reactions to the Possible Collaboration

Although it is not official yet, fans are fueling their Twitter fingers as they express their excitement for a possible collaboration between Shawn Mendes and Justin Bieber.

Shawn Mendes & Justin Bieber might be collaborating on some new music, which is exactly the type of feel-good news I’m looking for.

I really hope that collab happens. I think a Justin Bieber and Shawn Mendes collaboration would be incredible.

One fan compiled photos of Justin Bieber, Shawn Mendes, and Miley Cyrus at the same studio within the last few weeks as evidence of a musical collaboration – Miley Cyrus would make this collaboration even more iconic.

Miley Cyrus, Shawn Mendes & Justin Bieber have been in the same studio in the last few weeks. pic.twitter.com/1LTsi4QFuS

Fans have been yearning for a collaboration between these two artists for years, but will it actually happen?

Shawn Mendes’s full album will be released on December 6, so we can assume that a collaboration with Justin Bieber may be featured on the album. But will they make us wait until December for the song itself?

Are you excited for a collaboration with Justin Bieber and Shawn Mendes? Do you think the song will be a hit?