Signs That You Could Benefit From Medical Marijuana

Cannabis is a controversial plant. Despite being legal and used heavily for fiber and nutrition for millennia, cannabis was outlawed across the world in the 20th century after users began abusing the drug for recreation. However, recent scientific study has found that marijuana’s effects are usually not as harmful as once believed; in fact, there […]
By temp

Cannabis is a controversial plant. Despite being legal and used heavily for fiber and nutrition for millennia, cannabis was outlawed across the world in the 20th century after users began abusing the drug for recreation. However, recent scientific study has found that marijuana’s effects are usually not as harmful as once believed; in fact, there is little evidence to suggest that marijuana is harmful in the long term, and even better, many people benefit by regular use of the drug, such as CBD Oil UK.

Across America and in several other countries, medical marijuana programs now allow legal access to cannabis for the treatment of specific, uncomfortable and potentially life-threatening conditions. If you suffer from the following symptoms, you might consider investigating medical marijuana where you live. You can also get CBD isolate gummies online.

Perhaps the best studied effect of cannabis is its ability to reduce the frequency of seizure events, even amongst those who suffer from the most severe and devastating forms of epilepsy. Epilepsy is an umbrella term that covers almost all seizure disorders; while some forms of epilepsy have a discernable cause and are treatable through medication or surgery, other forms of epilepsy are utterly baffling to the medical and scientific communities. Unfortunately, the latter group tends to include some of the worst epilepsy conditions, like Dravet syndrome, which manifests in infants and is characterized by catastrophic seizures that delay a child’s physical and mental development and all but eliminate the quality of life.

Fortunately, a compound within cannabis, cannabidiol (CBD), has been shown to have the profound effect of reducing the frequency of seizure events, even amongst sufferers of severe epilepsy conditions like Dravet. In fact, CBD is so effective that the FDA has approved it for use in medication, called Epidiolex. If you suffer from seizures and want an alternative to your current medication, you should talk to your neurologist about experimenting with high-CBD medical marijuana products. One of the best medical marijuana markets for high-quality CBD is in Oregon, and you can find locations of Oregon dispensaries here: https://weedmaps.com/dispensaries/in/united-states/oregon

The compounds within cannabis interact with the human body through the endocannabinoid system (ECS), which is a system present in all animal life, even down to invertebrates like sea urchins and earthworms. The ECS manages a number of processes within the body, but recent research indicates that it is almost wholly responsible for the experience of pain. When you stub your toe on the door jamb, your ECS releases neurotransmitters that communicate pain to your brain.

By hijacking the endocannabinoid system, cannabinoids from the cannabis plant interfere with your body’s pain response. This can be exceedingly beneficial if you suffer from chronic pain, either as a condition in itself or as a result of some other injury or illness. Both CBD and the psychoactive cannabinoid tetrahydrocannabinol (THC) disrupt messages of pain and relax the circulatory system and muscles, which leads to greater comfort. Because marijuana is much safer than other pain management medications — many of which have negative side effects and are abused at epidemic rates — you might want to rely on medical marijuana if you are a chronic pain sufferer. You can read more about the ECS and the pain response here: https://www.ncbi.nlm.nih.gov/pmc/articles/PMC2834283/ 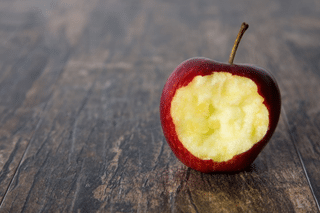 A number of the worst health conditions interfere with one of the most fundamental drives of being alive: feeling hungry. Diseases like cancer and AIDS typically reduce a sufferer’s appetite and for some inspire intense nausea, both of which can prevent someone from receiving sufficient nutrition to fight their condition and enjoy a high quality of life. Some mental disorders, like anorexia, also interfere with appetite and thus impact overall health and lifestyle.

In addition to managing the pain response, the endocannabinoid system also has receptors within the gastrointestinal system to facilitate digestion. As a result, cannabinoids can also interrupt experiences of nausea and lack of appetite and generally improve digestion. “The munchies” are a well-known element of the marijuana high, and as long as users utilize their stronger appetite to take in the nutrients they need, the munchies can be a desirable and beneficial effect. If you are suffering from appetite loss or chronic nausea — not as a result of pregnancy. Some causes of chronic nausea can be found here: https://stanfordhealthcare.org/medical-conditions/digestion-and-metabolic-health/chronic-nausea/causes.html.

You don’t have to approve of recreational marijuana to take advantage of cannabis for medical purposes. Not only is marijuana safer than many pharmaceuticals on the market but it is proving to be more effective than available medications for many sufferers. The sooner you talk to your doctor about medical marijuana access, the sooner you may find relief.