I woke up this morning, ready for a full day of writing trends, when I saw that Mario Kart was trending. Well, as a gaming man myself, I had to find out why this was. And what I got were warnings…

me finding out why Mario Kart is trending on twitter pic.twitter.com/XZyNCecSY7

Me 1 minute ago: lol this Mario Kart thing can’t be *that* bad whatever it is

Pshaw, said I. How bad could this Mario Kart story truly be? But as I went further, nay, but more warnings came to me from the ether. Turn back, they said. How could I, said I, for I am far into this journey, and how cursed could this story about Mario Kart actually be?

Me: “Oh wow Mario Kart and Toad are trending? Did they announce a new game overnight?”

Then finally, I discovered the reason. And folks. It was. Well. It was a doozy, friends. In her upcoming book, “Full Discolure”, which comes out October 2nd, Stormy Daniels describes sex with Donald Trump, and has a few choice words to say about his penis. As quoted by “The Guardian”:

“He knows he has an unusual penis. It has a huge mushroom head. Like a toadstool… I lay there, annoyed that I was getting fucked by a guy with Yeti pubes and a dick like the mushroom character in Mario Kart… It may have been the least impressive sex I’d ever had, but clearly, he didn’t share that opinion.”

The mushroom character. In Mario Kart. Of course, Stormy Daniels means Toad, and we can’t help but feel bad for poor gentle Toad. Mario’s dear friend, consort to Peach, now having to be associated with the President’s weird big headed dick. I knew this would all end in tears, but did anyone listen? Nooo…

Well, now we know what Trump’s dick looks like. You think at his age it would look more like Toadsworth, am I right? 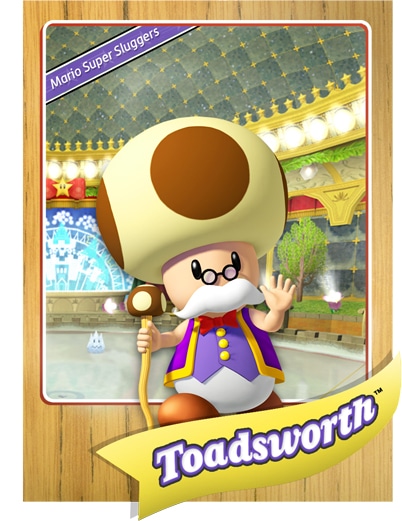 Anyway, let’s see what the forever thinkers of Twitter had to say.

Americans need to prepare themselves physically and emotionally for the very real possibility that Sarah Sanders will stand behind a podium and deny that the president of the United States has a penis that looks like Toad from Mario Kart.

There will likely be charts.

I like Stormy because I think she’s playing Trump’s game. He doesn’t care about kids in cages or dead Americans, he cares that we think his peen is cool and NOT Toad from Mario Kart. https://t.co/CfIQlqywfK

Mario Kart's rubberbanding A.I. and item selection for first/last place racers basically explains the 2016 election. Just thinking about this for no reason.

Well, what do you think of this awful story? Sorry for putting it in your head! I bet Trump’s dick looks like Mario… yeah, pre mushroom Mario! Eyyyy! Anyway, let us know in the comments or on Twitter at @WhatsTrending.