Rihanna is the second artist to do so due to the treatment of the protester. 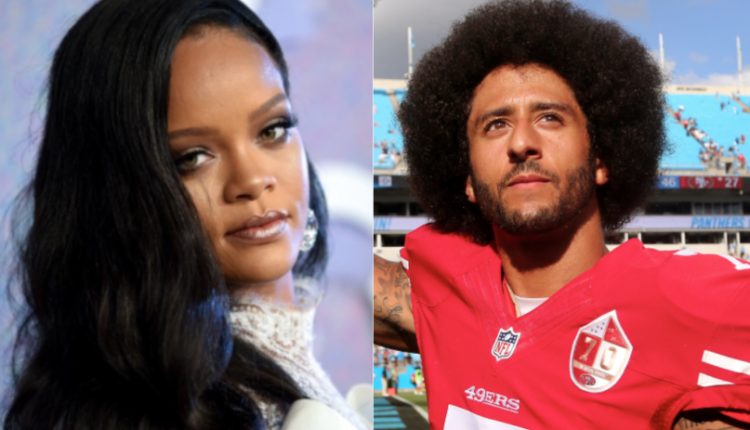 The price that the NFL is going to pay for its exclusion of Colin Kaepernick for his protest in support of Black Lives Matter is going to get steeper and steeper until it reaches the kind of historical blemish that will have people going 30 years from now, “Oh the NFL? That racist organization?”. While some can still claim that Kaepernick is protesting the anthem itself, he has been clear that the kneel is a way to both honor the anthem while protesting the treatment of African Americans, a move he got learned from veterans when researching how to make his statement made. With the Super Bowl half time show coming up, the NFL has already alienated Jay-Z who refused the show due to the treatment of the NFL Star, and now Rihanna has refused to play the NFL half time show at Super Bowl LIII.

“The offer and exposure would have been great for Rihanna as she’s planning a new album and tour but she stuck to what’s right in her eyes.”, an insider with knowledge of the situation told Entertainment Tonight. So there we go, already the consequences of cowtowing more to Donald Trump and loud critics rather than their own employees who are supported by the likes of commerce (Nike wouldn’t have made him the face of their shoes if they sensed a real risk) and culture (Rolling Stone, Jay-Z, Rihanna, etc) are showing off.

This is a historical moment. As more and more African Americans are killed by police and citizens acting as if they are the police, the powers that be do not wants certain celebrities to talk about it. They turn it into a discussion of respect for the national anthem, a song that in their eyes demands more respect than flesh and blood people it turns out, and have convinced a portion of the country that that is what is really about, while hiding their own interests in keeping the status quo rolling on. But history’s eye is more unforgiving than this.

And people will remember — the NFL decided to punish its players for kneeling, one player for kneeling first, as figures of culture, and eventually the world, turned their backs on them.

Reportedly Maroon 5 is in talks to play the Super Bowl, so congratulations guys. You went from Jay-Z and Rihanna to Maroon 5 in order to punish one man who grows more and more popular as the true meaning of his message breaks through the noise.

What do you think of Rihanna rejecting the Super Bowl? Let us know in the comments or on Twitter at @WhatsTrending.

VIDEO: Illusion Makes It Look Like Giant Spider Going To Get Cop!