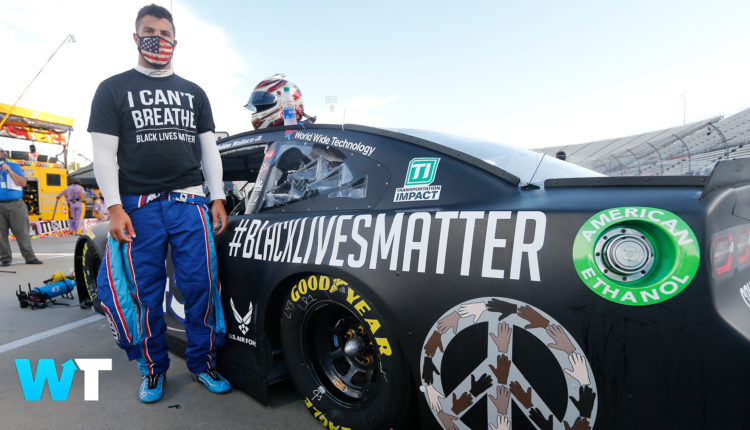 Over the last couple of weeks the sporting industry has shown their support for the Black Lives Matter movement and has been loud in voicing their support against racial inequality and police brutality.

In the days after George Floyd’s death, former NBA player Stephen Jackson, who grew up with George Floyd held a press conference at Minneapolis City Hall, with Floyd’s family by his side and other supporters. He spoke about the death of his friend, who he once called his twin.

“I’m here because they’re not going to demean the character of George Floyd, my twin,” Jackson said. “A lot of times the police, when they do things they know that’s wrong, the first they do is try to cover it up and bring up your background to make it seem like the bulls— that they did was worth it. When was murder ever worth it? But if it’s a black man, it’s approved.”

Jackson added that, “You can’t tell me when that man had his knee on my brother’s neck, taking his life away, with his hand in his pocket, that smirk on his face didn’t say, ‘I’m protected.’”

Stephen Jackson with just about the most powerful words I’ve ever heard pic.twitter.com/7guc6O4T6W

2017 NBA Rookie of the Year, Malcolm Brogdon alo spoke out in a protest and posted a statement on his Instagram:

Fourteen 14 UFC stars also lent their presence to a video in support of the Black Lives Matter movement.

“We want you to know that we stand with our brothers and sisters around the world seeking equality,” said UFC welterweight Belal Muhammad.

“We the athletes of the UFC want it to be known that we stand together in condemning racism and police brutality,” the fighters said.

Across the pond in New Zealand, UFC fighter Israel Adesanya also joined in on the protests.

Here's a video of @stylebender speaking at the demonstration in Auckland, New Zealand.pic.twitter.com/Bw5FhSWRhP

Switching gears to the fastest sporting league of the bunch, NASCAR surprised its fan base by banning confederate flags from all events and sporting properties.

“The presence of the Confederate flag at NASCAR events runs contrary to our commitment to providing a welcoming and inclusive environment for all fans, our competitors and our industry,” NASCAR said in a statement on its website.

“Bringing people together around a love for racing and the community that it creates is what makes our fans and sport special. The display of the Confederate flag will be prohibited from all NASCAR events and properties,” they added in their statement hours ahead of its race in Martinsville, Virginia.

They also released video across their social platforms featuring their top racers speaking out against racism. The video and the banning on flags had a mixture of reviews from sporting fans. Some were glad the company was taking a stand, considering they currently only have one black racer and most, at least on twitter, were in raged by the companies decisions to stand with the BLM movement.

And they allow the protests during the National Anthem. To this son of a vet, this Father of a Vet and a Vet @NASCAR has gone to far for me.

The NFL players have a history of standing their grounds against police brutality and racial inequality. During these difficult times for the black community they made their voices heard once again, mostly through social media and some in protests.

After players released a powerful video pushing the league to make a strong and meaningful response, Commissioner of the NFL, Roger Goodell responded.

His response was met with a mixture of positive and negative reviews from NFL fans worldwide.

Except @Kaepernick7? Nice try but I ain't buyin' it. Actions speaks louder than words. Which one of you are willing to say, @Kaepernick7 matters? pic.twitter.com/g2oOpoc0Da

When it comes to sports and brands taking a stand there is always going to be backlash. The importance behind their statements lies in weather or not they actually push for change within their organizations.