A sushi restaurant in Atlanta refused service to a Black man because he was wearing sneakers, even though other white patrons had on similar shoes.

Kaylan Colbert and her husband, Steve, were not welcomed to Umi Sushi this past week, with employees citing the sneakers her husband was wearing to the establishment.

Umi Sushi in Atlanta has a very strict dress code.  As stated on their website, it says no ball caps, sneakers, athletic wear, or sports jerseys. The store also bans shorts, flip-flops, and Tanktops.  However, Steve felt as if this rule was only strictly enforced for a select group of people, that being African Americans. The proof to him was shown in the form of a white woman wearing Adidas who had been received properly by the restaurant.  As one of the employees informed Steve of the dress code and tried to escort off the premises, things began to escalate.

In a video filmed by the couple, Steve continues to point out the double standard set by the employees with the camera explicitly showing the woman’s sneakers, a sitting exception.

“How crazy is that,” the man said in the video. “She has on Adidas sneakers. You’re telling me those are good?”

The employees did not respond to this.  After some time, the conversation wass moved outside.  The owner of the restaurant, Farshid Arshid, joined the couple to discuss the incident.  Things began to escalate even further as the argument between Steve and Arshid began to intensify. Things looked as though they would get physical between the two with Security finally coming to split up the two.

The video went viral on a Twitter post with the video posted by @GAfollowers gained 15,000 likes and almost 7 thousand retweets. Many people in the comments had lots to say about the incident.

“One thing I don’t do is beg folks to take my money. That restaurant was in the wrong, so I get it, but I’mma just move on and take my coins with me AND also spread the word,” one user stated.

One thing I don't do is beg folks to take my money. That restaurant was in the wrong, so I get it, but I'mma just move on and take my coins with me AND also spread the word.

Others had an issue with the complicity of the woman wearing Adidas, who was right next to the couple as the incident began.

“I have a problem with Adidas Alley seeing and hearing the injustice happening right in front of her and not saying a thing,” One user stated. “You hear this man being kicked out for the same sneakers you have on and that just sits right with you???? Shame.  Not surprising just disappointing smh”

I have a problem with Adidas Alley seeing and hearing the injustice happening right in front of her and not saying a thing. You hear this man being kicked out for the same sneakers you have on and that just sits right with you???? Shame.
Not surprising just disappointing smh

Twitter users continued to point out the restaurant’s apparent “exceptions” to its very “strict” dress code by digging up photos posted by other individuals who ate at Umi Sushi.  Lo and behold, some individuals were seen in these photos wearing sneakers, none of whom were black individuals.  On top of that, Steve and his wife stated that they had frequented this establishment and Steve had worn sneakers there before with no prior issue.

Many Twitter users took to Yelp to share their feelings which have put the restaurant on a temporary review hold. The restaurant currently has 58 one-star reviews with many reviewers clearly referencing the video in malicious reviews.

“Racists establishment with an extremely rude owner!” One user stated “Don’t bother patronizing this restaurant, spend your dollars where they are appreciated! Dress code here is only enforced when you are a minority!” 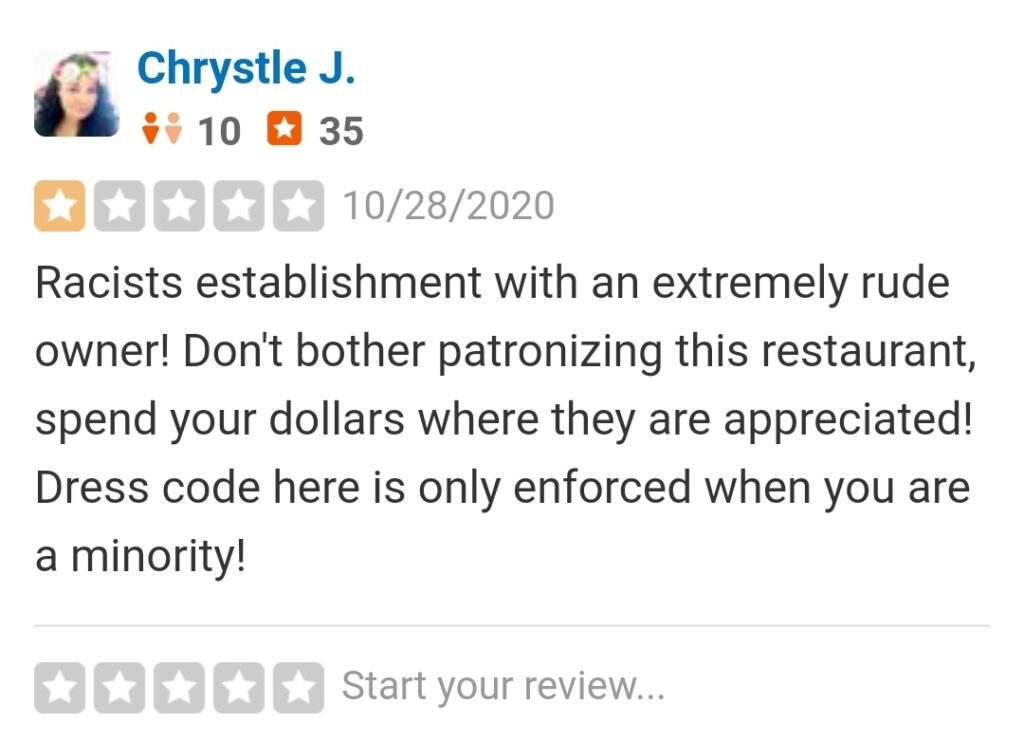 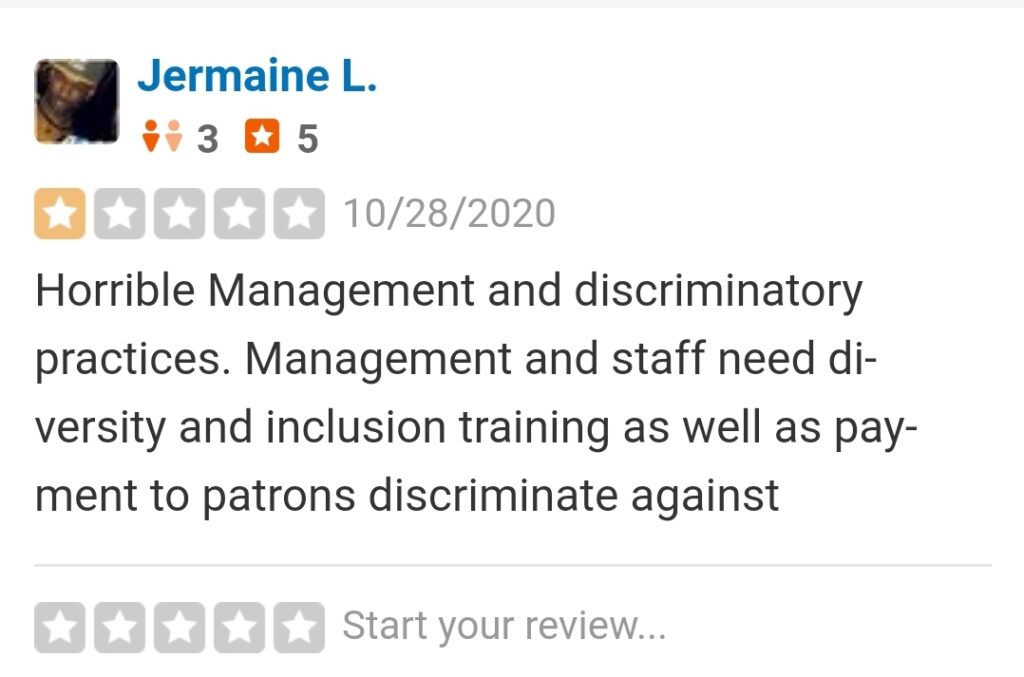 Umi Sushi has come out and apologized for the situation. The owner, who was seen earlier in the altercation, came out and stated that the situation was handled very poorly.

“We absolutely failed,” he said, in an interview with Newsweek. “In a climate where everything is so tense and there is so much negativity, we should be better than this.”

Similar situations do not seem to be unusual, no matter what part of the country you are from. Earlier this year there was a similar situation occurring in Baltimore. A young black woman and her son were denied entrance to Ouzo bay, a Baltimore restaurant, back in June due to the young boy’s clothing.  However, there was a young white boy dressed quite similarly who could dine.  The restaurant owners were upset by the video they saw online of their employees denying the young mother and her son entrance to the restaurant.