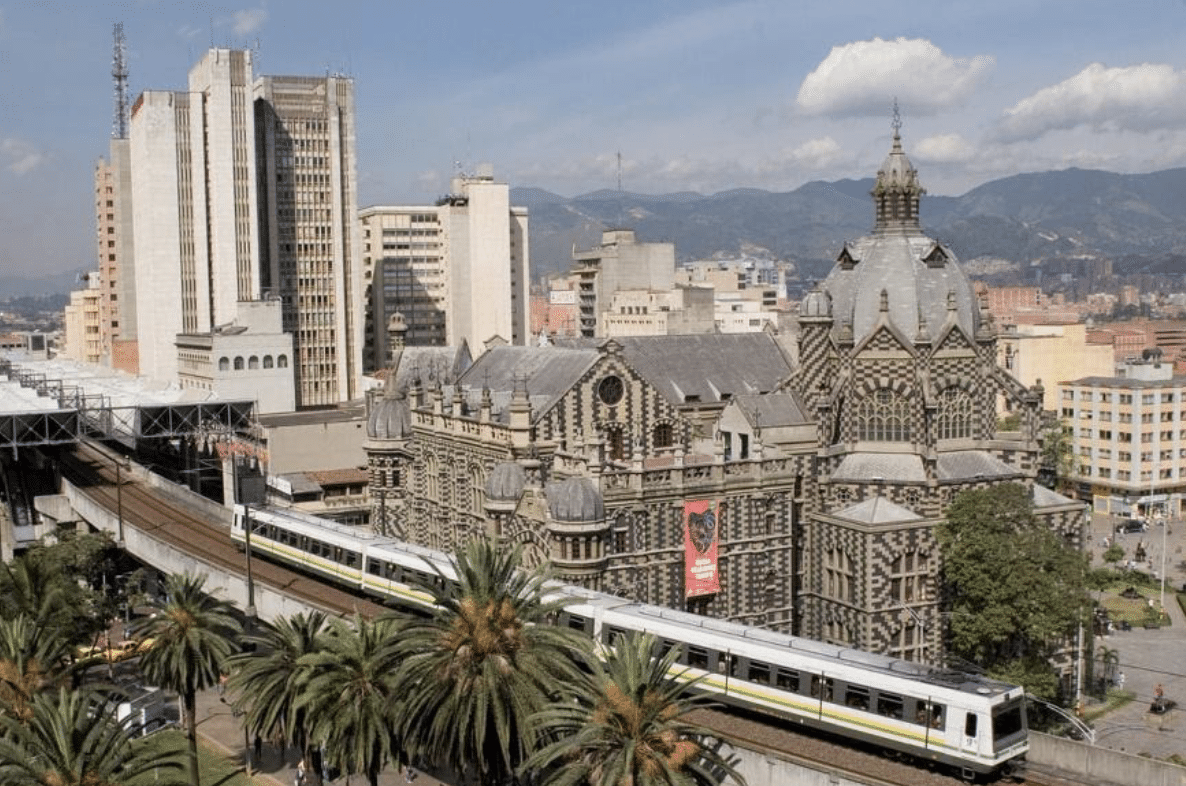 First of all, let’s start with the history of the city. Medellin is located in the department of Antioquia in Colombia. It is the second most important city after the capital of Bogota. 2.5 million people live here. It is a modern, beautiful city with a very difficult but interesting history. It is located in a valley among the Andes at an altitude of 1,500 meters, so it has a very pleasant climate all year round.

Founded as the mining village of Spanish San Lorenzo de Aburro, it has grown into a developed large city. Today, Medellin is the largest industrial center of Colombia with a highly developed ferrous metallurgy and textile industry; it is not for nothing that it is called the “Industrial Capital of Colombia”. After the capital, Medellin is the most important economic center of the country. What can you do there with your loved one? Well, there are a lot of places that you can visit together.

The Baudo Mountain Range extends along the west coast of Colombia for 375 kilometers. The highest point of Baudo rises at an altitude of almost 200 meters above sea level. From a tourist point of view, the Baudo Range boasts amazing nature and spectacular views. Snow-capped mountain peaks, intermittent green hills, mangroves, pristine rivers – this is only a small part of what awaits travelers on their way. At one point, the Baudo mountain range is almost in contact with the waves of the Pacific Ocean. Here every couple can relax on the amazing beaches, talk about different things, for example, behavior in a relationship, and swim in the azure water.

The Metropolitan Cathedral of Medellín

It is located in the city center on Bolivar Square. It is believed that this is the largest temple in the world, built entirely of brick. The construction took more than 1 million units. In the cathedral, it is worth paying attention to Christ. This is the work of artist Francisco Antonio Cano.

As part of a project to reconstruct Medellin’s center on Cisneros Square, a unique Park of Lights was built at the beginning of the 21st century. It is a territory where almost 200 lamps and 2000 light reflectors are installed at a certain distance. Lanterns illuminate the area in accordance with the phases of the moon. Of course, it is best to admire the park after sunset, when the lights turn on. In the afternoon, in the area of the park, street trading of foodstuffs is held.

It was built on top of the hill of Cerro Nutibara. The hill is almost 100 meters high, and it offers panoramic views of the entire Medellin. The town has a church, a priest’s house, a school, a tobacco shop, a hairdresser, a pharmacy, a two-story house, and a workshop. All buildings are built in the colonial style. Inside, the atmosphere of the beginning of the last century is preserved. This is an open-air museum now.

Now it is a real astronomical complex with an observatory, the dome of which is almost 18 meters in diameter. It includes a cinema with 300 seats, a museum of astronomy and astronautics, a library, and a recreation area. Also, on the ground floor of the planetarium, there is a store where you can buy a variety of souvenirs that are directly related to astronomy. The planetarium has developed various educational programs for children and adults.

This is the main attraction of the city. Here is a collection of 188 works by Fernando Botero. Perhaps this is one of the most famous artists of our time. In addition to Botero, the museum exhibited an interesting collection of contemporary paintings, both Colombian and international.