Fast food workers are making TikToks showing us what goes into our food at these restaurants. We love a good inside look moment!

Now, I know what you’re thinking. Yes, I did see that TikTok with the Starbucks secret menu Twix Frapp. 10/10 would recommend to a friend! But that’s not the kind of behind the scenes we’re talking about…

This TikTok creator talks about her experience working at McDonald’s. She starts off with the disclaimer that McDonald’s indeed a franchise so every location is different. Giving that disclaimer can certainly make you feel a little bit better but still big yikes on some of the things she shares about her locations.

McDonald’s ice cream machine has been a meme for a long time now. For as long as I can remember the internet has reminded me not to bother going to McDonald’s to order ice cream because their machine will be broken. Yes, yours too.

But Dessy Joseph seems to say otherwise. She reveals the mystery of the ice cream machine along with other things you didn’t know about McDonald’s. She said the ice cream machines are RARELY broken. The workers just didn’t want to change the shake mix bags because they’re too heavy.

And there you have it, guys! 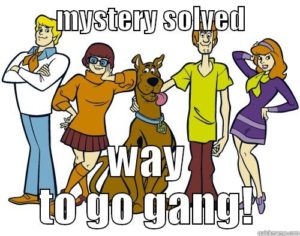 In another video, she explains why you should order your food to go and it’s well…we’ll just show you first.

She said that the to stay trays have been through some nasty things like someone blowing their boogers on the tray. Which wouldn’t be as unsettling if you thought maybe they had a good way to clean those trays but…there’s not.

She continued by explaining that the workers have a bucket with a rag in the front to clean the trays. To add insult to injury that bucket stays there ALL DAY. Super fun. Love that for them.

This McDonald’s employee shows how the Spicy McChicken’s are made.

how spicys mcchickens are made, y’all notice how they all the same shape?😳 #fyp #viral #xyzbca #trending #foryou #fastfood

But the biggest shock to people in the comments was that McDonald’s had Spicy McChicken in the first place. One user commented, “Wait!!! Y’all serve spicy mcchikens????? What??? Why aren’t they over here?!?!?”

Another commented, “people are still gonna eat it, including me😂”  and I couldn’t agree more.

This TikTok creator shared two facts about fast food chains that are certainly cringeworthy, to say the least. Now it’s no secret that most fast food restaurants don’t make their meat in the restaurant. They are often frozen. But, did you know that the grill marks on the burgers are fake? They are put on there by factory workers. Yeah, you read that right. The factory workers put the marks on there so that the customers, that’s us, believe that the meat is grilled fresh in the kitchen.

He goes on to explain that ice machines are incredibly hard to clean. They should also be cleaned often. This means if the workers don’t feel like cleaning the machines that day (or at all), you will be getting dirty ice with your drink. Are you cringing yet? So are we.

The latest TikTok to shock the internet is about how Taco Bell makes their bean burritos.

Turns out the beans in the Taco Bell bean burrito are actually dehydrated beans that come out of a bag. The video shows the employee pouring the dehydrated beans out and adding hot water to them. She stirred the watered beans until the bubbles disappeared. After some time passed, the beans were ready.

Viewers have had some mixed reactions to this video. The video didn’t show anything unsanitary but knowing their beans are dehydrated and come from a big just didn’t sit right for some people.

Another comment said, “I have never been and never will go to Taco Bell🤢”

Lots of people were not happy about this. The creator clapped back at the hate by saying it’s the same thing people do at home.

But most people were not surprised and quick to defend the process. Vanessa let people know they wouldn’t be happy about Subway’s ingredients then either.

Another Taco Bell worker commented it’s not the only thing made with hot water and people still love it.

This viewer agreeing with the creator staying there’s nothing wrong with dehydrated beans.

Youtube Star, Garret Watts says he’s not mad about at all.

How do we feel about this? We’re still going, right? After all…it still tastes good to me!