TikTokers take to the platform to support the movement 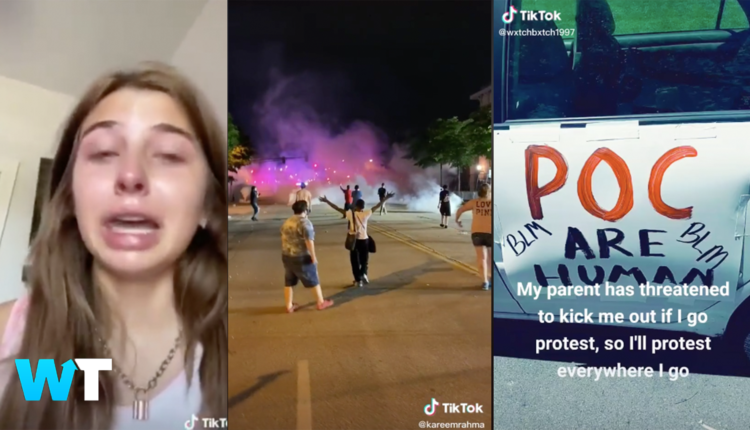 A now viral video on TikTok shows police snipers atop a Minneapolis police station pointing their guns at Black Lives Matter protestors. The video also features demonstrators fighting tear gas and police sirens blaring while helicopters fly overhead. This footage is set to Childish Gambino’s “This is America,” an anthem about race and gun violence, and Post Malone’s “Congratulations.

This video became one of the most viewed clips under the #BlackLivesMatter hashtag on TikTok, drawing in more than 43 million views. While this grim video is a far cry from the platform’s usual memes, dancing videos and comic clips, it is very much in tune with the protests that are occurring across the nation following the murder of George Floyd by police officers.

What’s more, it’s not the only viral video on TikTok regarding Black Lives Matter. Unlike many tech platforms that generally follow a free speech policy, TikTok is famous for removing or reducing views for videos that don’t fit their curated image. However, when it comes to Black Lives Matter content, the platform is straying from its usual path. While earlier rules banned extremely controversial topics, TikTok has since said that is has discontinued these practices.

As the Black Lives Matter movement continues, the platform has exploded with content regarding the nationwide protests, including videos of protestors being tear gassed, rampant racism and songs denouncing President Trump. These videos with the #BlackLivesMatter hashtag are not only gaining traction on TikTok but have surpassed 10 billion views and for some people, are the only content on their TikTok feed.

Initially when the protests first broke out across the nation, TikTok users accused the app of muzzling videos related to the movement, with many changing their profile photo to the black power symbol in virtual protest. TikTok addressed the issue with an apology, citing a technical glitch that affected many hashtags, including #BlackLivesMatter. In a post on the platform, TikTok’s executive chief officer said “Words can only go so far. I invite our community to hold us accountable.”

Since then, teens have used the platform as a form of advocacy, with some displaying footage of protests and others expressing their frustration over the difficult conversations they are having with their families about the Black Lives Matter movement.

♬ Wipe It Down – BMW KENNY

TikTok marks just one of many ways that social media users are capitalizing on their platforms to spread awareness and make their voices heard. Have you seen any videos about the movement on your TikTok feed? Comment below and let us know!