Uber Driver Get Coughed On When Asking Passengers To Wear Masks

That's strange
By Samantha Avila
An Uber driver was assaulted, pepper sprayed, and coughed on after asking his passengers to wear masks. Subhakar Khadka, the Uber driver, picked up three women in San Francisco when he asked them to put on their masks. Since May 2020, Uber has required that all drivers and riders wear masks.
Two of the women put them on, but one refused. In the video, the woman is seen taking off her mask and then coughing on Khadka.

In the video, the woman who coughed is also shown grabbing Khadka’s phone and a physical altercation begins. The other two women begin to scream and yell at the driver for grabbing his phone from the woman. According to the Instagram post, Khadka stopped the car and asked the women to leave. They did not and he pulled into a gas station where the woman without a mask could buy one.
Even after Khadka canclled their ride, the women would not leave. They began to say racial slurs and continued to cough on Khadka. Eventually, the women did leave but not without, according to Dion Lim, a San Francisco reporter, spraying pepper spray in Khadka’s car.

Uber did offer $20 to Khadka to clean his car, but Khadka said it would not be close to enough to get the stain and smell out of his vehicle. Uber has not given him $120 for the damage.

One of the riders posted her version on the story to her Instagram claiming that Khadka’s intent was to go viral. She claims that he “wanted to take us home” and did not take any of the blame for what happened to Khadka or his car. 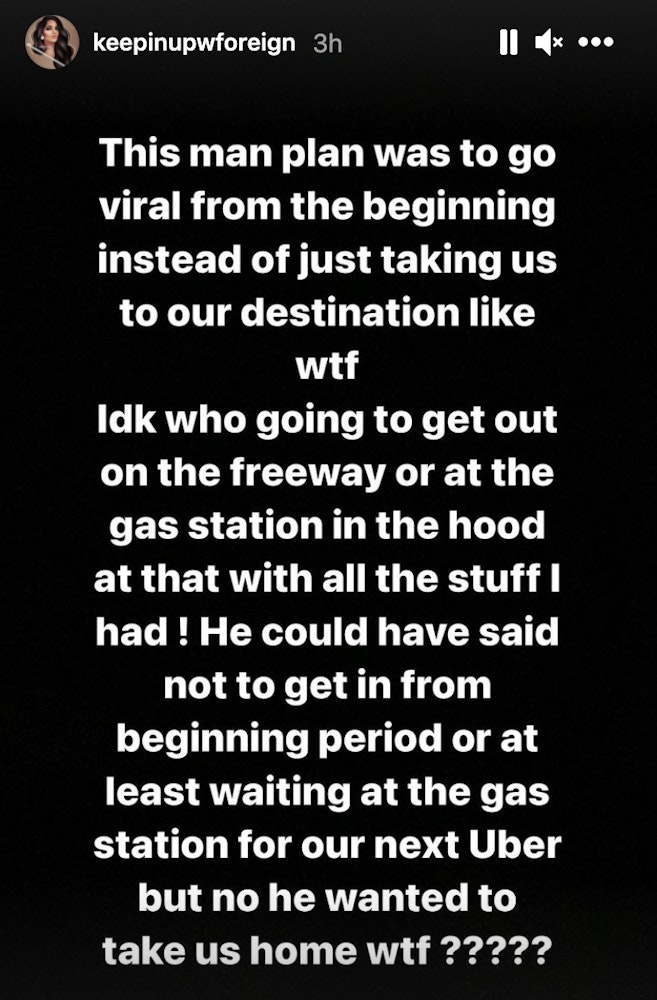 Uber has released a statement to Dion Lim saying that “The behavior seen in the video is appalling. rider no longer has access to Uber.” There has also been a Go Fund Me account created for Subhakar Khadka and while it has already passed its $20,000 goal you can still donate here.