After a spat with Tinder, James Charles is publicly declaring his love for bumble. 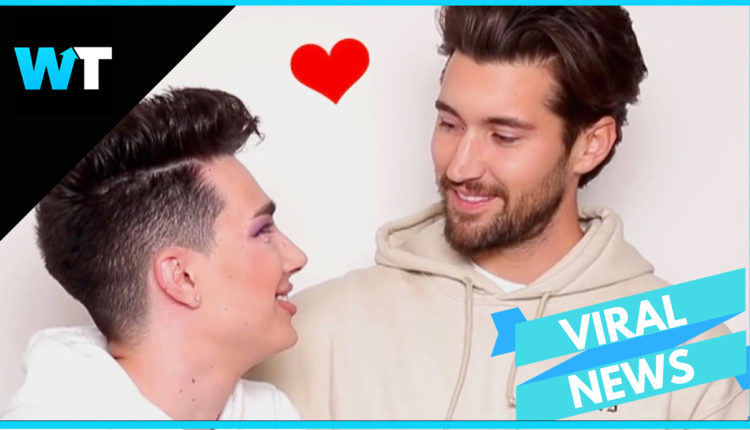 James Charles is publicly declaring his love for bumble…but is that because he found a match?

James Charles is a beauty blogger and makeup entrepreneur who counts almost 15M subscribers on his YouTube channel. He made history as Covergirls’ first male spokesperson and caught they eye of mainstream media with his Morphe palette tour.

But despite all of that love coming from his fans, James has not been shy about feeling lonely. James is also unapologetically thirsty, not keeping quiet when he has a crush on someone. In fact, that’s how he met the Dolan Twins! And his fans loved his doe eyed encounter with the Vlog Squad’s Jeff Whittek…

But despite is flirting, James is still single, even posting an Anti-Valentines day video to spite Cupid’s arrows. But James’ fans are starting to think he may have met someone with a little help from online dating apps…

James tweeted “hey @bumble i love you just wanted to let u know” Bumble replied- Hi Sister! We hope you’re having a fun and fresh time in the Hive!

Ariana said, “*tinder has left the chat*”, C said “who even is tinder anymore??”, and @astro-selene responded “we don’t know her”.

In an attempt to defend Tinder… Nicole said “ don’t know how true this is, but I think you can get verified on Tinder.”

It is true. I’ve been verified before on this exact account which is why I’m even more confused. I don’t want a blue checkmark, it leads to very uncomfortable conversations & me not knowing people’s true intentions.

James has not confirmed whether he has or has not met anyone but he does seem he’s happy with how it’s going. What do you think is making James glow?  Let us know in the comments section.