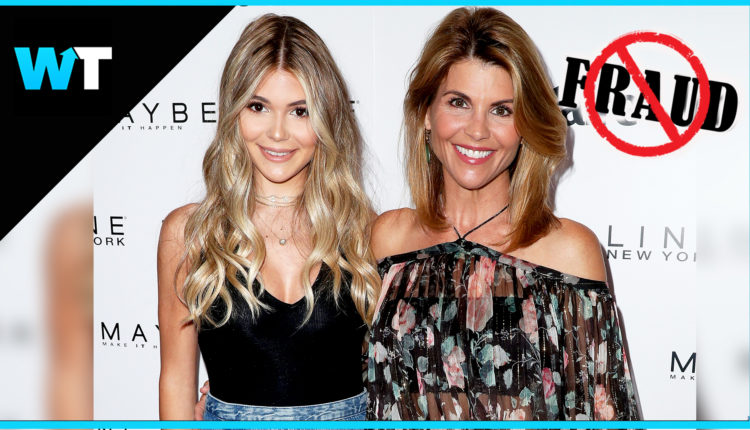 Every parent wants their child to receive a good education and be a successful student, but some are willing to go to absurd—and even illegal—lengths to achieve such endeavors. The FBI’s “Operation Varsity Blues” investigation revealed that wealthy A-listers allegedly committed various crimes in order to get certain students admitted into elite universities such as Stanford, Georgetown, Yale, and others.

Actresses Lori Loughlin and Felicity Huffman, along with 48 other individuals in six states, were charged on Tuesday in what is being called the “largest college admissions scam ever prosecuted by the Justice Department.” “Desperate Housewives” star Felicity Huffman purportedly paid $15,000 to have her daughter’s SAT score fixed. Huffman was arrested on Tuesday morning and has been charged with conspiracy to commit mail fraud and honest services mail fraud. She posted a $250,000 bond after appearing in federal court.

Meanwhile, Loughlin, best known for her role as Aunt Becky on “Full House,” is said to have paid $500,000 to get both of her daughters admitted to the University of Southern California (USC). Loughlin went as far as to fake that her daughters were high-performing rowers in order to get them recruited by the university.  She surrendered to federal authorities on Wednesday to face fraud charges. Loughlin’s husband, fashion designer Mossimo Giannulli, was also arrested. He later posted bail.

However, these weren’t the only crimes committed. According to ABC News, one defendant allegedly bribed NCAA coaches with up to $6.5 million. Others faked disabilities, ethnicities, and, like Loughlin, athletic credentials. The total amount of bribes accounted for in this investigation is currently sitting at $25 million.

Celebrities like Lena Dunham and others have been poking fun at “Operation Varsity Blues.” Dunham tweeted “All the people involved in the college scam should have gathered their money and started a small elite college where Lori Loughlin teaches a class on smiling.” Ike Barinholtz, one of the stars of “The Mindy Project” tweeted, “‘Operation Varsity Blues’ sounds like something Michael Scott cooked up.”

But while it may be tempting to laugh about the scandal, FBI Special Agent Joseph Bonavolonta’s remarks remind us that there are victims of these crimes.  “The FBI uncovered what we believe is a rigged system, robbing students all over the country of their right at a fair shot to getting into some of the most elite universities in this country.”

Jared Leto UNAWARE of Outbreak & Celebs Speak Out on…

Jeffree Star Makes Up for His DARK Past (Feat. Dominick…