Morgan Adams is responding to fans who are questioning her relationship with friend and fellow vlogger Teala Dunn. 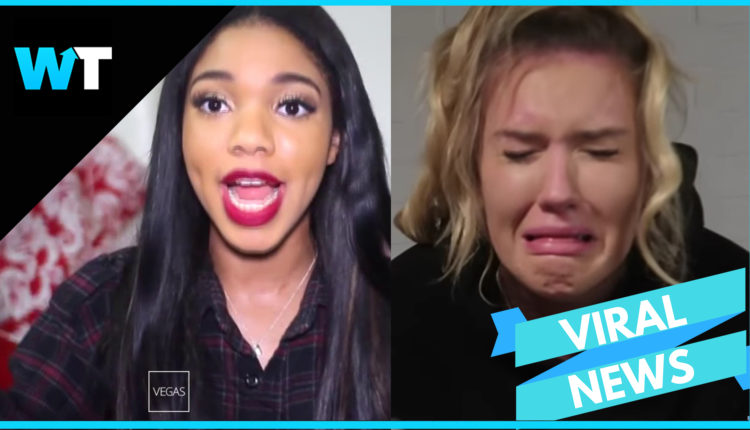 Morgan Adams is responding to fans who are questioning her relationship with friend and fellow vlogger Teala Dunn.

Morgan Adams is a youtube creator with over 2M subscribers. She’s the sister of Ryland Adams, who is dating Shane Dawson.

Morgan recently uploaded a storytime video telling a hilarious tale of getting scammed by a psychic. Morgan told her friends Teala and Oli what was going on…and in reaction to this video, some of Morgan’s fans decided to share their opinion on her friends.

Tristan said “What are your opinions on her friends? I know it’s her personal choice but I feel like Teala might take advantage of her :(“

Teala is a fellow content creator with over 1M subscribers, who had a bit of public drama surrounding a friendship that recently ended with Eva Gutowski and the savage squad.

Eva posted a video claiming they had grown apart. And as Teala became closer friends with Morgan, some people starting making assumptions.

So, after shady comments started circulating around Morgan’s latest video, Morgan decided to tackle the issue head on.

Morgan said,  “Here is my opinion. Teala (and her family) have been nothing but kind and generous to me. She takes me everywhere, introduces me to everyone and never once has asked for anything in return. One of the most genuine friends I’ve ever had. Oli too. & that’s the tea sis”

Shane Dawson even backed her up saying: “daddies not gonna get himself involved with teen girl drama but i wanted to say i’m very grateful for Teala and her family. they have taken such good care of Morgan and are people i trust to make sure she’s safe. I don’t know the tea but i just wanted to say i appreciate them.”

Lucy tweeted, “Can we just leave Morgan the fuck alone? She is allowed to be friends with whomever she wants. We don’t get a say in that and we should trust HER judgement. We don’t see everything as an audience or as fans. People change behind closed doors. People should be given a chance. Smh”

Morgan retweeted it and added… “*ariana voice* iiiiiiiiiiIIIIIMAAAAAGGGGIIIINNNNNEEEa world like that.”

What do you think about fans making assumptions? And do you think Morgan should pay attention to any of this? Or keep living her life?   Let us know in the comments section.