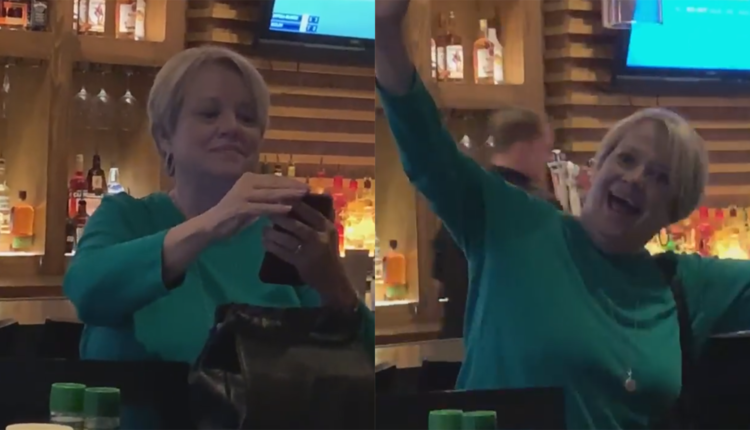 People usually apologize for doing or saying awful things, but this North Carolina woman is doubling down on her use of the n-word in a viral argument.

Nancy Goodman of Raleigh, NC got into an argument at a local restaurant Tuesday night, in which she can be seen saying to a black patron, “you are such a stupid ******.”

The comment draws a sharp reaction from witnesses, but Goodman doesn’t seem bothered at all.

It's rich that this woman who screamed racial slurs at people in a restaurant calls the victims of her rant rude. Saddened, but not the least bit surprised this happened.
https://t.co/u4t1LwDBSI

The abuse got thousands of hits on Twitter and Facebook, and has earned universal condemnation. Goodman, for her part, claims she was upset because the black patrons were “too loud” and “obnoxious,” and clarified over Facebook that she suffers from anxiety.

When local news reporters caught up with her on Thursday, she doubled down on what she’d said.

“I’m not going to apologize to them, because they just kept pushing at it,” she told WRAL. “I used that word because they forced me into it.”

She felt FORCED to? Well I feel forced to call her a 🤬. #racist Raleigh woman defends use of racial slur :: https://t.co/EedGHpwhXh https://t.co/nhlEgLRVMJ

When told about her response, the two women she confronted, Shonda Stewart and Lakeisha Shaw, called Goodman “sad.”

Shaw, the target of the slur, elaborated: “I don’t care how you feel we should have been acting. Nothing justified you coming to my table and calling me that.”