Rami Malek Takes a Tumble at the Oscars

He may have won an Oscar, but Rami Malek can still lose his balance like the rest of us. 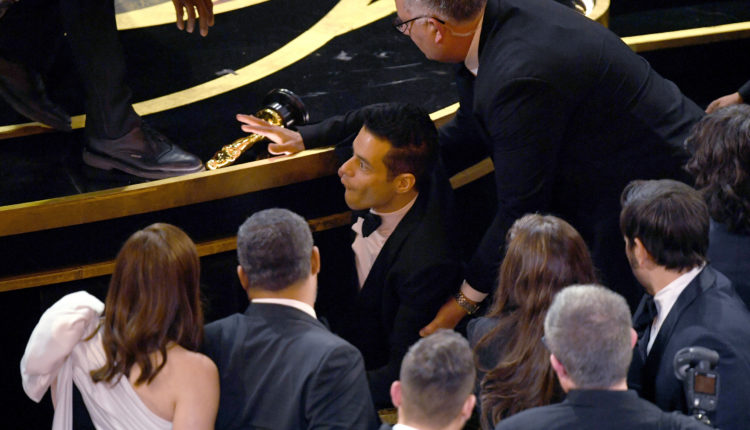 He may have won an Oscar, but Rami Malek can still lose his balance like the rest of us. The Best Actor in a Leading Role winner took a spill off of the stage after receiving the award for portraying Freddie Mercury in Bohemian Rhapsody. Though, he and his Oscar statue appeared to escape unscathed.

The star looked visually shaken after the fall, and he was immediately assisted by audience members.  Malek was evaluated by paramedics within the Dolby Theatre after the show, but luckily still made it to the press room to speak about his impressive win! While answering questions from the media, he thanked members of the press for attending the event. In a courteous move, he noted his appreciation for everything that film critics had to say in regard to Bohemian Rhapsody. The film had received mixed reactions from critics, but was a hit when it came to audiences.

“I do appreciate everything you guys had to write. I read criticism of film and I learned
so much from it. So, no matter what, I still do very much appreciate you. Thank you.”

This event reminds us of the most legendary fall of all…

I'm sorry but the Oscars just aren't the same without a Jennifer Lawrence fall pic.twitter.com/PLL7j7Ux5e

Eliza Rose is Having a BABY!