VIDEO: Why Are YouTubers Buying MYSTERY BOXES On The Dark Web?

But are they real or fake? 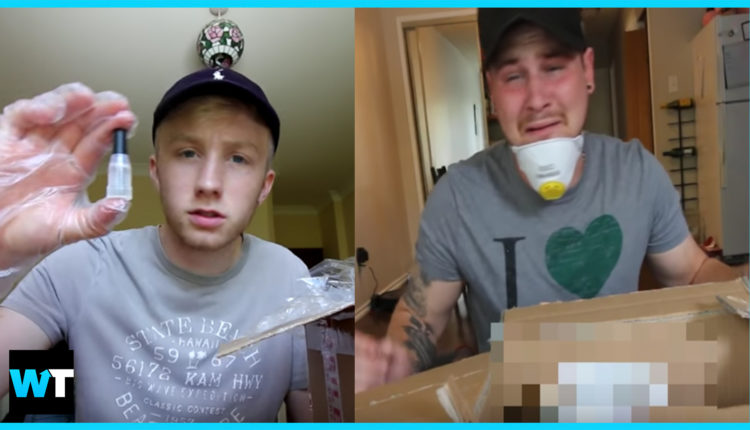 YouTubers are spending big chunks of change on mystery boxes to open on their channel. But could this trend end up getting them into trouble?

Mystery boxes themselves are nothing new. People have been exchanging them for years on the subreddit Secret Santa. But did you know you can buy mystery boxes from eBay?

It’s true, search for “Mystery Box” and you’ll find hundreds of boxes with unknown contents for purchasing, ranging in price from just a few bucks to several hundred. And now YouTubers are buying mystery boxes and opening them for their audiences.

I can totally understand the appeal of these videos. I don’t have $5,000 to spend on a box of random crap, but I’d love to live vicariously through someone who does.

And even though most of the boxes you’ll find on eBay are around $20-$30, YouTubers like GuavaJuice claim to have found ones that aren’t significantly pricier.

I’s true, listings of extremely expensive mystery boxes exist. We sorted the results on eBay by “Highest Price” and found boxes available for $10,000, $20,000, and even one for $90,000. The description on the $90,000 box says “A box will come full of stuff? What will be inside? The treasures waiting….. They will value at least the price, or MORE!”

Look, if I’m paying $90,000 for a box where literally nothing could be inside, you’ve got to assure me a little bit more than that. GuavaJuice bought the $100,000 mystery box, and here’s what he got:

A pre-owned Xbox One, a box of Froot Loops, a bunch of Mario clothes, a Rick & Morty tank top, a Mahjong set, and the only things of really any value, a Gucci bag, and a $45,000 Tag Heuer watch.

Okay, so how do YouTubers who might not have as much spare change at GuavaJuice keep up? Buying stuff on the Dark Web.

NameBran unboxed a dark web mystery box on his channel and claimed he found human feces inside, and what he first thought was a human foot later turned out to be just a rubber toy. Jude Somers claimed his dark web package came with what looks like some weird alien poop, blood on a screwdriver, and a working iPad.

But skeptical commenters online are warning not to be taken in by a lot of these “Dark Web Mystery Box” claims. SirShlonger on Reddit says: “I can tell you with confidence that all of these YouTube videos about purchasing things from the dark web are completely fake. The process goes 1. Get a box 2. fill with generic creepy things 3. Record and act scared 4. Get millions of views. It amazes me how many people think they’re real.”

Ok sure, but 90% of the fun of these videos is thinking “what if they’re real?” It’s like you and your friends telling scary stories around a campfire. They’re probably made up, but what’s the fun in that?

What do you guys think? Are the Mystery Box Unboxing videos real or fake? Let us know in the comments or on Twitter at @WhatsTrending

Jared Leto UNAWARE of Outbreak & Celebs Speak Out on…