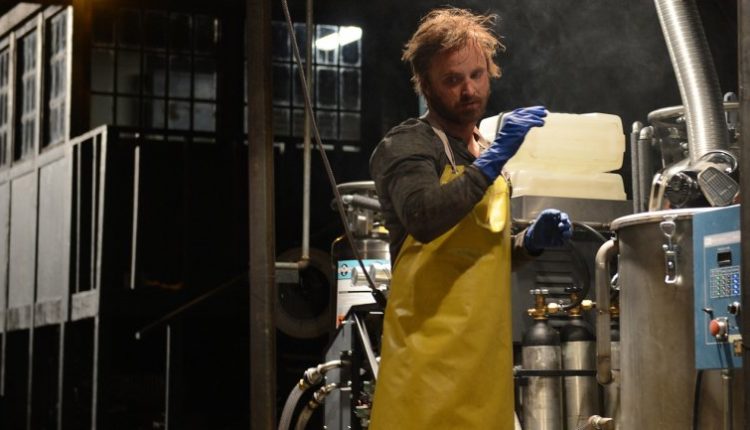 Breaking Bad was one of those few absolutely perfect works of art that really doesn’t seem to mind continuing onwards. Even though the show was tied up perfectly with a little bow, the brains behind it jumped immediately into working on “Better Call Saul”, the Bob Odenkirk led adventures of Saul Goodman, née Jimmy McGill. The series itself ended with Walter White dying of a gunshot wound in a white supremacist compound he destroyed, surrounded by his beloved meth as the FBI closed in on him and Jesse Pinkman rode off into the sunset into in a car, hoping for freedom. It was a perfect end… or it least it would have been if it could still be called the end! Because the white smoke has cleared and it has been announced: a Breaking Bad movie starring Aaron Paul as Jessie Pinkman, to serve as the sequel to the original series, is nigh!

The movie, to be written and directed by original show creator Vince Gilligan, is set to follow the adventures of Jessie Pinkman as he tries to make an incredible escape following a capture, so it sounds like his drive from the white supremacist compound did not exactly go as planned. The movie is set to have a first run on Netflix and then to b e shown on AMC, but not much is known beyond that. Although, honestly, that is a ton of information. Hell, I bet we can get that bullet out of Walt’s gut. Really get the whole gang back together. Stitch on Gus’s face back, maybe even bring in Jimmy McGill from the past. Bring them all in! Heck, let’s give Don Draper a little cameo! Give it a whole AMC cameo fest!

Bryan Cranston was asked about the movie on The Dan Patrick Show, and as quoted in The Hollywood Reporter, said:

“It’s a great story and there are a lot of people who felt that they wanted to see some kind of completion to some of these storylines that were left open [in the series finale]… This idea, from what I’m told, gets into those — at least a couple of the character show were not completed, as far as their journey. I don’t know if there’s an appearance — flashbacks, flash forwards — but I’m excited about it because it’s Breaking Bad and it was the greatest professional period of my life and I can’t wait to see all those people again, even if I just come by to visit”.

What do you think of the upcoming Breaking Bad movie? Let us know in the comments or on Twitter at @WhatsTrending.

VIDEO: People are FREAKING OUT Over Chuck E. Cheese Pizza Thanks to Shane Dawson