During the eighth season of ‘Vanderpump Rules’, Bravo fired 4 cast members from the popular reality tv show  due to their racist comments.

On Tuesday, June 9th, BravoTV confirmed that “Stassi Schroeder, Kristen Doute, Max Boyens and Brett Caprioni will not be returning to Vanderpump Rules.” Stassi and Kristen joined the show in season 1, and Boyens and Brett are new to the show. 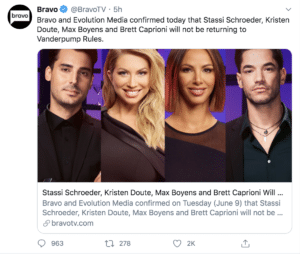 Here’s a bit of the story that led to Bravo’s decision. During an Instagram Live Chat, former Vanderpump Rules’ star Faith Stowers reviewed Stassi and Kristen’s wrong-doing. Apparently, in 2018, Schroeder and Doute had called the police to report Stowers for theft. However, not only did Stowers commit no crimes, Stassi and Kristen’s evidence came from a random Daily Mail article about a black woman wanted for theft. Neither the picture posted nor the article had anything to do with Stowers.

After the review, Stassi Schroeder’s PR firm, Metro Public Relations, confirmed that Stassi Schroeder will no longer be their client. After the incident, Stassi acknowledged what she did was wrong. She wrote on her Instagram that  “I apologize and I do not expect forgiveness. I am also sorry to anyone else that feels disappointed in me. I am going to continue to look closer at myself and my actions – to take the time to listen, to learn, and to take accountability for my own privilege. ” The podcast Straight up with Stassi will also be paused. 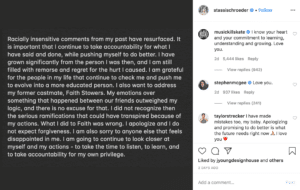 Similarly, Kristen Doute also expressed her apologies on Instagram. She said  “It was never my intention to add to the injustice and imbalance. I’m ashamed, embarrassed, and incredibly sorry. I will do better. I have to do better.” 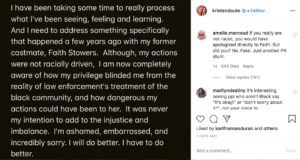 On the other hand, Max Boyens and Brett Caprioni got into troubles as their racist comments in 2012 resurfaced. Other than these unacceptable  comments, some people pointed out that Brett at one point used the hashtag womensuck. 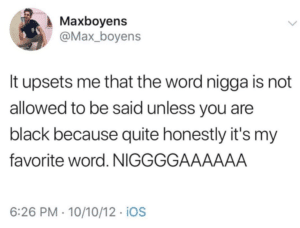 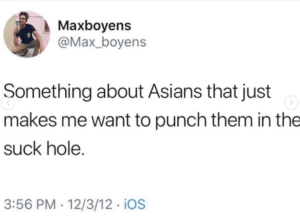 Many people indicated that another cast member Jax Taylor posted homophophobic comment. Yet Bravo took no actions against Jax. One wrote “How does Jax get out of everything? Not only is he homophobic which is proven when he tried to out Ariana on WWHL, he helped set up Faith too!” However, at this time, Bravo hasn’t posted anything that indicates Jax’ involvement in setting up Faith. 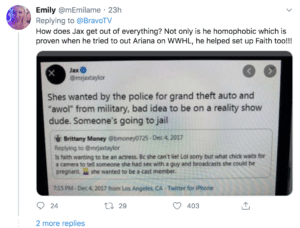 What do you think of Bravo’s announcement? Comment down below!

Recently, Hartley Sawyer also got fired due to his racist tweets. Check out this article for more information: