Another American Music Awards came and went — interrupted only by a scintillating feud between Lana Del Rey and Azaelia Banks who, honestly, should have watched some of their peers with some damned awards instead, in our humble opinion! One performance that stood out in the minds of fans, onlookers, gawkers, and curious head scratchers was the one of Cardi B, Bad Bunny & J Balvin’s “I Like It”. While the original music video was a relatively subtle and classy affair, this performance is absolutely, gloriously, cinematically a little bit of everything. Check it out. Have your mind melt.

The entire thing begins with a beautiful color palette as we zero in on a resplendent Cardi B in full glory, surrounded by dancers from an overhead shot. The music continues with an incredible, sexual, bold and brilliant dance sequence from Cardi B, that then leads into Bad Bunny riding in on the most beautiful and glorious shopping cart, sporting a third eye, here to support Cardi B we’ve ever seen, here to support Cardi in her inevitable and life long quest to list all of the stuff she likes and why she likes them, texts from her exes and all.

I like texts from my exes too. Always hope they’re doing well. 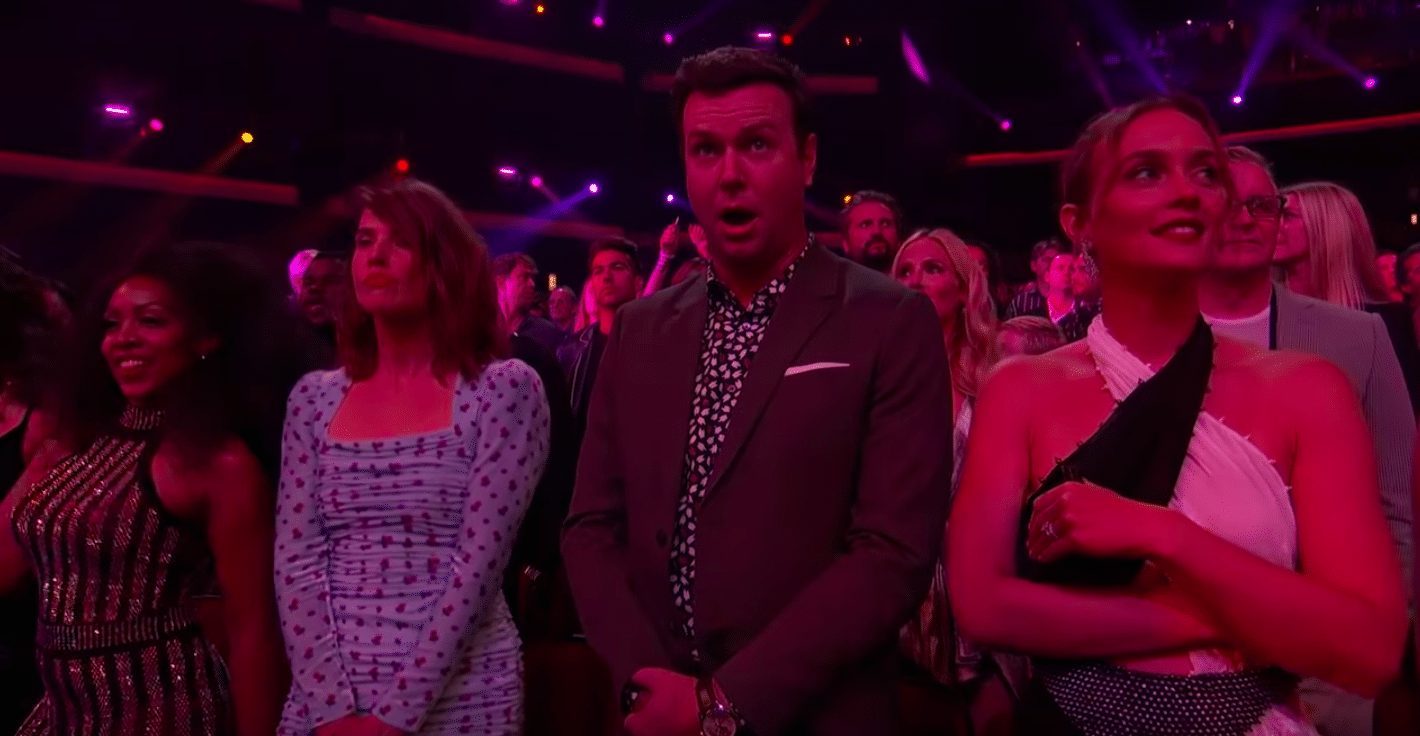 The singers are then surrounded by a veritable show of video madness as the ever swirling visuals compound with the crazed showcase of ever swirling dancing, and ever present boldness. It’s a performance that got some great audience shots, but none more fun to see than Taran Killam with his jaw dropped just gazing in awe at the visuals before him. Put that jaw back in your head Taran Killam! Act like you’ve seen one of the most mind melting performances at an awards show before! Killam!

What do you think of Cardi B’s perofrmance of “I Like It”? Is it better or worse than the video? Let us know in the comments or on Twitter at @WhatsTrending.