Is that before or after tip? 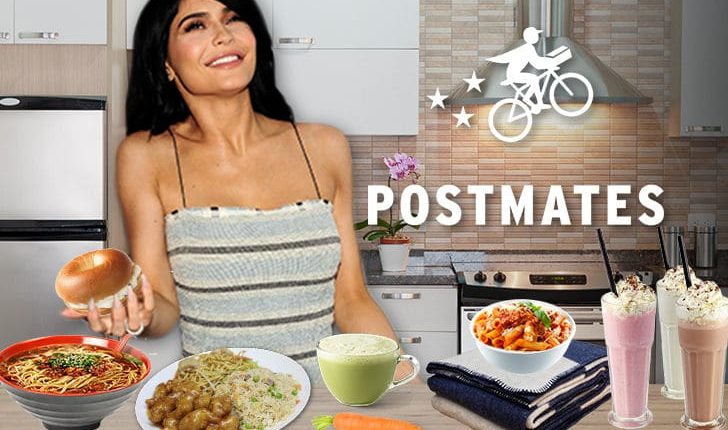 Kylie Jenner spent $10k on Postmates in a year. According to Postmates’ series “The Receipt,” Jenner ordered from the app 186 times in the last 365 days. Before giving birth to daughter Stormi, Kylie ordered an Oreo McFlurry, 10pc chicken nuggets, and French fries. Kylie has quickly reached Postmates’ top percentile of customers by using the app, on average, every other day of the year.

Her most expensive order was a bottle of Don Julio Añejo 1942 Tequila which sells at $150, and her least expensive was a single carrot she needed for soup. Her most ordered items are matcha lattes and cream cheese bagels. Kylie isn’t the only star who has been using Postmates.

Post Malone is Postmates’ most dedicated customer. The rapper spent over $40,000 on Postmates’ in 400 days.He once ordered $8,000 worth of Popeyes biscuits to a Coachella party.

In 2018, Posty ordered: 3 packs of rolling papers, 6 bottles of orange juice, 2 bottles of cranberry cocktail juice, 4 bottles of cabernet sauvignon, 2 bags of ice, 2 handles of Tito’s Vodka, 40 solo cups. In April 2018, he tipped one of his Postmates drivers his unreleased CD.

What is the weirdest thing you’ve Postmated? What’s the most amount of money you’ve spent on Postmates? Let us know in the comments or on Twitter at @WhatsTrending.