This episode of the BlockChain Report with Taylor Nikolai will explain ICO to you! The people! 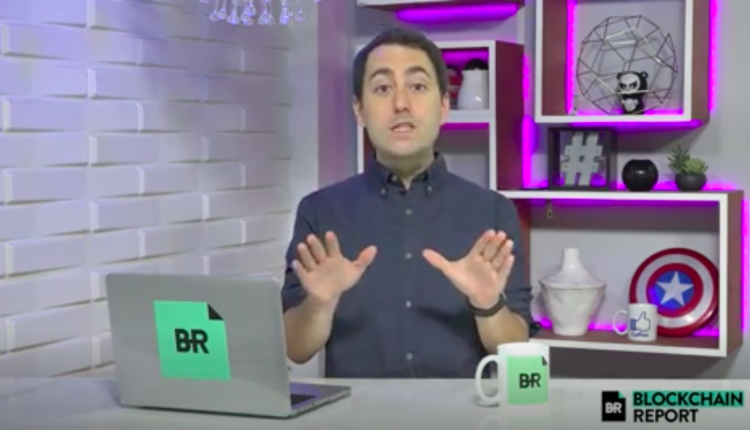 Welcome to The Blockchain Report, your daily rundown for the latest in crypto with your host Taylor Nikolai. Today we’re going to talk about ICO Regulations, and before we start: NONE OF THIS IS LEGAL ADVICE!

ICOs are usually done by startups who are trying to raise money. ICOs are useful because it allows startups and organizations to bypass traditional money raising avenues such as going to venture capitalists or banks as a source of funds. A portion of the team’s cryptocurrency is sold to people who participate in the ICO.

Because ICOs are so incredibly new, regulations surrounding ICOs (and cryptocurrencies in general) are still unclear in many parts of the world. In this video, we’re going to go over a lot of what you need to know about participating (or even creating) your own ICO.

So let’s go over different countries’ approaches, starting with China.

China is in the openly hostile category towards ICOs, and considers all ICOs as “illegal public financing”.

The ruling came from China’s central bank, which issued a statement claiming that ICOs disrupted the country’s financial order that “raises suspicions” of fraud and criminal activity. Chinese regulators said they wanted to make “financial security” a top priority.

Basically, China is the LAST place you want to start an ICO, because they’re SUPER harsh there with their regulations.

Next up, the United States and the EU. The U.S. and European Union have a more open approach to ICOs than China. Tokens from ICOs can be broken down into two separate categories Security Tokens and Utility Tokens. Let’s start with security tokens.

A security token is a token that is directly related to the growth of the company.

In general, they represent ownership of an asset (such as equity within a company). Typically, startups view security tokens as under the same regulations of securities regulations within the U.S. and EU.

So what about Utility Tokens

Utility Tokens provide users with future access to a product or service Like a preorder, a discount, a membership, etc. An example of a utility token is the Basic Attention Token (BAT). Advertisers can purchase ads using BAT tokens, which are distributed among publishers and browser users as compensation for hosting the ads and viewing them.
Clip: First 4 seconds for logo, then 2:40-2:48 https://www.youtube.com/watch?v=xDE_ZgAaGIs

The main test to use when determining if a token is a utility token or security token is through what’s called the Howey test, which is based off of a Supreme Court Case. The Howey test says that for a token to qualify as a security it must:

Security tokens and utility tokens have hugely different tax implications. Juan Llanos, who has more than a decade of experience as a compliance officer for financial institutions in New York, stated the following about token regulations:

The default position of securities regulators seems to be to consider them securities or investment contracts when they fit the conditions of the Howey test: they’re looking at the promises and representations being made to consumers and investors, and are trying to weed out the obvious scams and exaggerated claims.

There is today a global legal vacuum with respect to certain tokens that have a strong utility and consumptive value because they don’t fully fit the definition of ‘investment contract’ under Howey or its international equivalents.

Now let’s go over another country’s regulations, Switzerland. According to ICO Watchlist, Switzerland ranks fourth in highest number of ICOs per country, just behind the U.S., United Kingdom, and Russia.

So what are the advantages that Switzerland has for hosting an ICO as opposed to other countries?

According to Thomas Linder of the Swiss law firm MME, there are three main advantages:
*A liberal approach to regulation
*Direct access to authorities
*A federal system focused on decentralized ideals

Switzerland takes a different style of approach when it comes to defining ICOs.

The goal of ICO regulation in Switzerland is to focus on specific problems, not to create unnecessary regulations to address problems that may or may not arise in the future. You can present a token offering on paper and get the opinion from the authorities about it.

In Switzerland you have direct access to authorities, and those authorities are there trying to make things efficient for everyone. See in Switzerland, there’s a federal system focused on decentralized ideals. Most of the power is held at the smallest entities in Switzerland. Local infrastructure is run at the local levels of government. People in Switzerland can propose a change in the constitution and with enough signatures on an initiative, it comes to a countrywide vote.

Finally, we’re going to go over some terms you may have heard of before but weren’t sure what they mean: Know Your Customer (KYC) and Anti-Money Laundering (AML).

This is a process in which a company can verify the identity of its customers. ICOs often use KYC/AML practices in order to avoid the ire of regulatory bodies. It provides legitimacy to a startup and, in many cases, exchanges will not list a token unless it has gone through some form of a KYC/AML process.

Hopefully this video has helped you come to a better understanding of some of the regulations in the crypto space. If you want to stay up to date on the latest cryptocurrency news and trends be sure to follow us on Instagram @BlockchainReport. We’ll see you next time.

Kid Invited 32 People to Pizza Party and NOBODY COMES!?