Welcome to The Blockchain Report, your daily rundown for the latest in crypto. Our main story today: India is ready for crypto regulations. 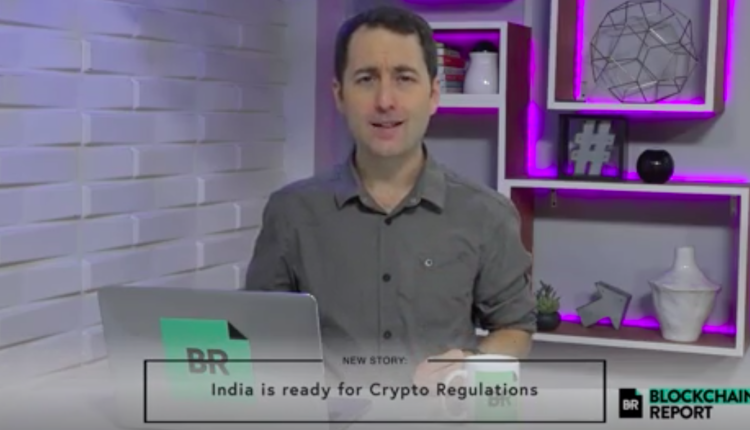 Welcome to The Blockchain Report, your daily rundown for the latest in crypto. Our main story today: India is ready for crypto regulations.

According to Quartz, an Indian finance ministry panel created back in November 2017 might finally be ready to draft cryptocurrency regulations next month. The ministry panel was initially created to decide rules, regulations, and standards that digital currencies should follow.

A government affidavit said: “…currently, serious efforts are going on for preparation of the draft report and the draft bill on virtual currencies, use of distributed ledger technology in (the) financial system and framework for digital currency in India… It is expected that the draft report will be placed before the IMC by next month.”

Initially the finance ministry panel was ordered to submit draft regulations by July, but that deadline has since been pushed back until December, or even the beginning of next year.

Next up, Autodesk’s CEO says blockchain will reduce corruption in the construction industry.

According to CCN, Andrew Anagnost, the CEO of Autodesk, thinks that blockchain technology will reduce or possibly even end corruption in the construction industry. Anagnost said these comments at the 2018 Autodesk University conference in Las Vegas. He said that Autodesk has been thinking about integrating blockchain technology into their product for quite some time. However, they have decided to keep that view quiet until now.

Anagost clarified why that he thinks blockchain technology is so incredibly important, especially for the construction industry where people might not trust each other: “Let’s face it, corruption in the construction industry is not uncommon… When people are paying hundreds of millions of dollars on large projects, something is always happening somewhere that isn’t quite right. There’s always someone bleeding off resources or money in some inappropriate way.”

CEO George Li said: “The explosion of cryptocurrency has resulted in rapid growth in crypto donations, and one of the untold stories about the crypto community is that we want to help catalyze positive change. It’s an honor to help our partner organizations continue doing the amazing work they already do.”

And finally on today’s show, North Dakota says clamps down on fraudulent Russian Cryptocurrency. According to TheNextWeb, regulators in North Dakota have clamped down on a Russian cryptocurrency company, ordering them to cease operations in the state. It was discovered that it was marketing an initial coin offering by impersonating the Union Bank AG from Liechtenstein.

So as it turns out, they were pretending to be this bank in order to market a fake version of the real bank’s coin. The con artists duped people into a fake version of the Union Bank Payment Coin. Authorities were able to figure out that it was all fake due to the IP addresses of those involved were all coming from Russia.

Thanks for watching The Blockchain Report. If you want to stay up to date on all the latest crypto news and trends, be sure to follow us on Instagram, @BlockchainReport. We’ll see you on Monday.