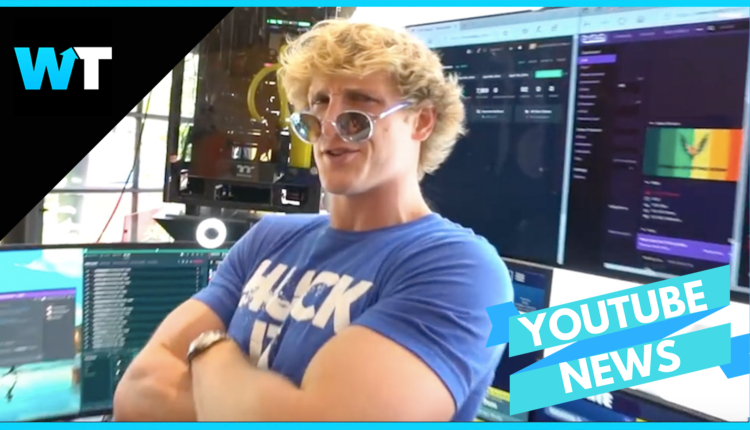 Can you believe it’s only been a whole year since Logan Paul discovered a corpse in Japan’s Suicide Forest and began filming it? A whole year! Wow! Well, in case you missed cringing so hard at Logan Paul that the doctor had to give you a special note to explain to everyone why your face is in an infinite permafrown, your hero and mine, Logan Paul, is back again on a good solid train of bs after he has announced that he will go gay for a month.

On his new podcast, Impausible (we’ll give him points on the name), had Twitter star Brother Nature on the show to discuss New Year’s resolutions. The duo talked about bettering yourself just for one month in a variety of ways, much to Logan’s incredulity. This included going vegan for a month, then going hard on meat, and then Logan Paul joked that he will go gay for a month then go back. The group then discussed the ramifications of this.

So look. Marc Maron he ain’t.

Logan Paul’s flippant attitude towards homosexuality seems all the worse considering how young and impressionable his core fanbase is. There could be gay audience members, or closeted gay audience members of a younger age group watching this and seeing someone they admire treating homosexuality as a punchline. Not just any punchline, an absurd punchline. So, without further ado, here are some Tweets from people whose eyes no doubt broke from rolling after hearing this controversy.

Blugh. What is going to be the end result of all of this anyway? I mean, all these strange things from Logan Paul? The x factor seems to be his crossing over into the mainstream, and finding that behavior that was once accepted for a niche audience won’t fly when you’re promoting yourself on Jimmy Kimmel Live.

We’re curious to see what happens next.

What do you think of Logan Paul’s weird as hell proclamation? Let us know in the comments or on Twitter at @WhatsTrending.