Is it sexist or just a silly meme? 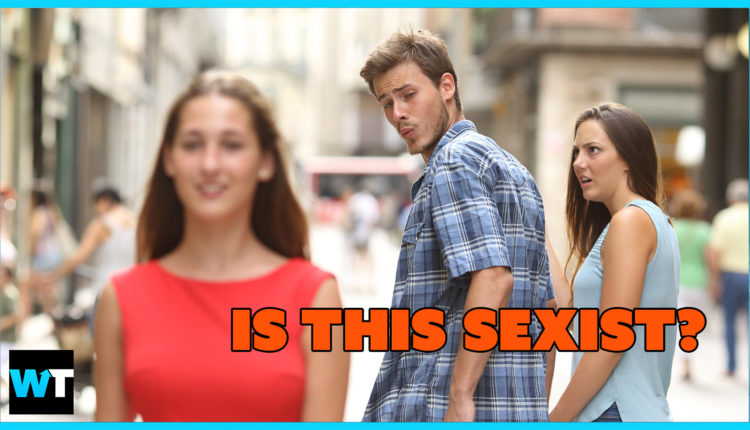 A marketing version of the Distracted Boyfriend meme has been labeled as sexist by an industry body in Sweden.

The Distracted Boyfriend Meme has been one of the most prominent macro images online for the past two years. But internet service provider Bahnhof in Sweden is now getting in trouble for using it as part of their advertising. The image they used is an attempt to attract new applicants. The girlfriend is “your current workplace,” the boyfriend is “you” and the girl in the foreground is Bahnhof.

Bahnhof posted the meme online on April 4, where it soon received scrutiny from the Swedish Advertising Ombudsmen. According to the industry group’s ruling, using a woman, depicted as a sex object, to represent job vacancies, while showing the man as an individual, is discriminatory.

The reviewers said the ad encourages men, “even though they are already with a woman, [to] look at other women, and that a change of female partner is based on appearance. It gives the impression that men can change female partners in the same way as changing jobs.”

The ombudsmen only started looking at the ad after it had received 15 external complaints, and there’s been a growing movement, especially across Europe, to prevent advertising that promotes stereotypes or unrealistic body expectations.

Last year, Britain’s advertising regulator gave new rules banning ads that promote gender stereotypes or sexually objectify women. This includes a baby formula commercial showing a little girl becoming a ballerina and a little boy becoming a mathematician, or an ad for Game of War with Kate Upton, which the regulator said suggested “sexual desirability [is] a prerequisite for leadership.”

But should rules like that apply to the Distracted Boyfriend Meme, which one could argue is making a commentary on the wandering eye of men instead of promoting it. And, since there are varying standards of what constitutes sexism from country to country, it’s no surprise that a lot of people think this is a bit over the top.

[The CEO of Bahnhof, Jon Karlung, also thinks it’s an overreaction. He said “We will fight fiercely to use memes in any way we feel. We will not be subject to censorship in any sense.”

-But, though they are fewer in number, some commenters support the Swedish ombudsmen.

On Jezebel, I Made A Pigeonrat said: “I’m sure the Ombudsman understands memes, they are all in advertising! I don’t understand why this post and that company assumes the Ombudsman are a bunch of old fogeys who’ve lived in a cave cut off from internet and popular culture the past 50 years. That meme IS sexist, it DOES perpetuate negative gender stereotypes.”

Regardless, the Swedish advertising industry is self-regulating, and Bahnhof says it has no plans to change its advertising strategy.

What do you guys think? Is the Distracted Boyfriend Meme sexist? Let us know in the comments or on Twitter at @WhatsTrending.

VIDEO: Extremely Good Dog Rings House’s Doorbell To Get Back In