Taylor Nikolai gives you the latest in the Blockchain Report! 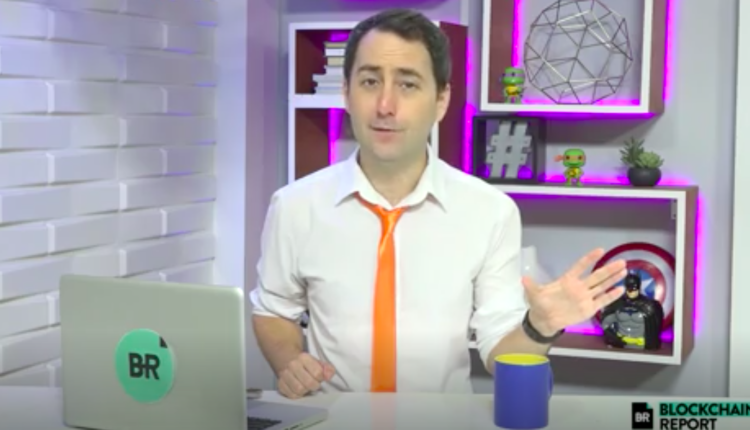 Welcome to The Blockchain Report, your daily rundown for the latest in crypto, with your host Taylor Nikolai.

CoinTelegraph reports that Odyssey 3.1, which is the latest version of TRON, has gone live as a result of a “community consensus.” Part of the update is the inclusion of what’s called the Virtual Machine, which allows developers to test smart contracts before transferring to the TRON mainnet. TRON’s TRX token surged almost 8 percent Monday after the announcement. Sun’s exact words were, “TRON will be 200x faster vs. ETH, 100x cheaper vs. EOS. dApp developers & users, this one is for you!”

Despite Ethereum’s price continuing to be low, the community is thriving! According to NewsBTC, over 1,000 people attended an Ethereum Hackathon that took place in San Francisco this past week. The event was called “ETH San Francisco.”

ETH San Francisco website describes the event as “an opportunity to work alongside the developers, industry experts, advisers, and companies who are making the infrastructure and applications that will power the new decentralized web.” So if you’re a developer, and you like Ethereum, this is a fantastic opportunity to make friends.

Next, IBM has launched a food trust blockchain. According to Forbes, IBM’s blockchain-based food traceability platform is now live globally. The platform can be used by retailers, wholesalers, and suppliers in the food ecosystem.
So, originally, this thing was just supposed to be a proof of concept. The original version actually just traced mangoes through a supply chain.

In September, Walmart stated that they would be requiring suppliers to use the platform to track bags of spinach and heads of lettuce.

Now, IBM announced that the platform is available to everybody in the food supply chain industry. Bridget van Kralingen, senior VP for IBM Global Industries, Platforms and Blockchain, stated that: “Members of IBM Food Trust have shown blockchain can strengthen transparency and drive meaningful enhancements to food traceability.”

Jack Chung, the spokesman for Summer Capital, said that Summer Capital is ready to support the Swiss cryptocurrency investment bank to expand into Asia. Summer Capital mentioned how difficult it’s been for blockchain companies to get funding from traditional banks.

In a statement, Guido Buehler, a chief executive said, “It has been tough for blockchain start-ups to grow their businesses as they are unable to access the traditional banking system. We are building infrastructure to allow companies to pay salaries in cryptocurrencies, and bridging the disconnect between fiat and cryptocurrency payment.

And finally on today’s show, ZRX is soaring. ZRX rose 16% this week after it was discovered that there were ZRX wallets and tax information on the Coinbase app. No official announcement has been made, so a lot of people speculate this was a screw-up by Coinbase. Earlier this year, Coinbase announced that they were considering the release of 5 new digital assets on the platform (Ox (ZRX), Cardano (ADA), Basic Attention Token (BAT), Stellar (XLM) and ZCash (ZEC)).

It’s a big deal for anything to come to Coinbase, as it’s a hugely popular exchange.

OC: Thanks for watching The Blockchain Report. Be sure to follow @BlockchainReport on Instagram to stay up to date on the latest cryptocurrency news and trends. We’ll see you tomorrow.

Blockchain Report 10/9/18: Yale Gets Into The Blockchain Game!?

VIDEO: Here’s Why Some Amazon Workers Are Actually MAD About Their $15/Hr Raise