VIDEO: Ariana Grande’s Tattoo Does Not Say What She Thinks It Means

But let's not rake her over the coals for it... 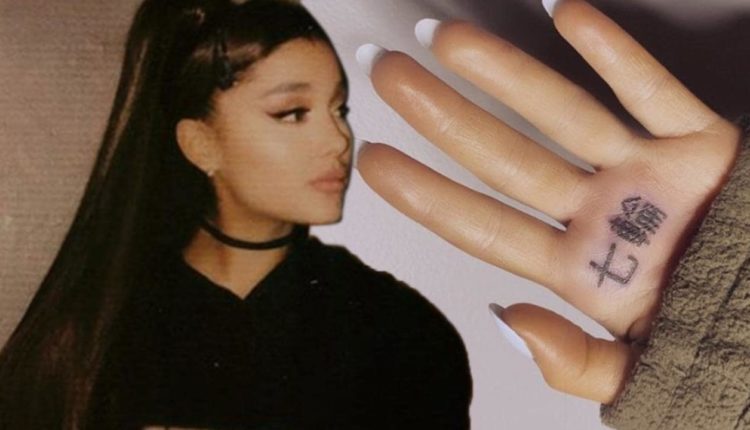 Ariana Grande’s new tattoo is a huge botch. The singer got a new palm tat in honor of her song “7 Rings.” but one fan was quick to point out one HUGE mistake: the Asian characters spelled out “Japanese style barbecue grill” and NOT “7 Rings”, as Grande meant to do.

In a now deleted tweet, Ari said “Indeed, I left out “つの指” which should have gone in between…”t hurt like f**k n still looks tight. I wouldn’t have lasted one more symbol lmao. But this spot also peels a ton and won’t last so if I miss it enough I’ll suffer thru the whole thing next time. Also…. huge fan of tiny bbq grills.”

She took to Instagram to show fans that she fixed the problem. She captioned the video: “Slightly better. thanks to my tutor for helping me fix and to @kanenavasard for being a legend. and to my doctor for the lidocaine shots (no joke). rip tiny charcoal grill. miss u man. I actually really liked u.”

But the tattoo is still misspelled: According to TMZ, “she added the character for ‘finger’ to it in order to clear things up, but the placement is off. So, it now reads ‘Japanese BBQ finger.'”

This isn’t the first time the singer has had to cover up a tattoo. When they were engaged, Ariana got a tattoo that said “Pete” for Pete Davidson. She initially covered the tattoo with a band aid, but later covered it with a more permanent solution: A heart tattoo.

She also got a “8418” tattoo in honor of Davidson’s late father who passed away on 9/11. 8418 was his dad’s badge number. In a behind the scenes video of “Thank U, Next,” Grande showed off how she covered the tat with the word “Myron.”

Pete had to cover his tattoos dedicated to Ari too. He got a “Dangerous Woman” tattoo in honor of Ariana’s album. He covered it with a heart.

What do you think of Ariana Grande’s tattoo botch? Let us know in the comments or on Twitter at @WhatsTrending.

Jussie Smollett Gives First Statement Following Attack: “My Body Is Strong But My Soul Is Stronger”