This is... pretty awful. 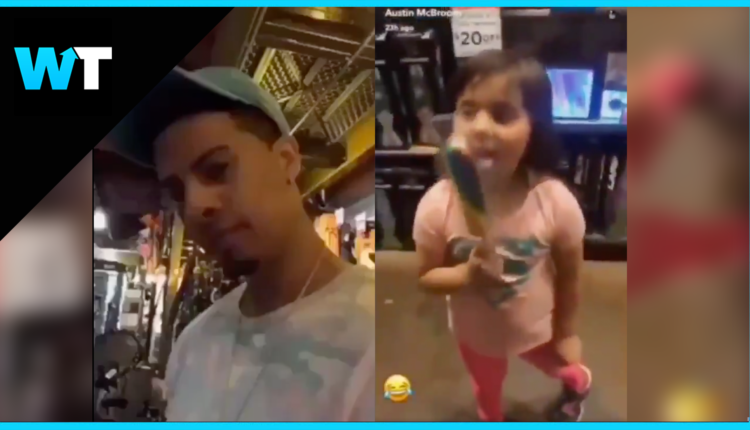 YouTube’s ACE Family Dad Austin McBroom is catching some heat for buying this toddler a phallic lollipop. The video shows a toddler picking out a penis-shaped lollipop in Spencer’s and Austin purchasing it for her. The family has not responded to the allegations.

YouTube’s ACE Family Dad Austin McBroom is catching heat for buying this toddler a phallic lollipop. The ACE Family has grown a massive following on YouTube for branding itself as a family-friendly channel that films pranks and random hijinks.

The channel has over 15 M subscribers and features Dad, Austin, Mom, Catherine and Daughters Elle and Alaia. But despite being family-forward, Austin is getting some major heat after this video surfaced online showing a toddler picking out a penis-shaped lollipop in Spencer’s and Austin purchasing it for her.

Now, this toddler isn’t one of Austin’s daughters, but is believed to be a part of the extended family. That doesn’t make it any less creepy- and the internet agrees. However, while the media firestorm was in full swing, Austin McBoom were busy planning a celebrity basketball game and completely ignored the accusations.

Instead, Austin retweeted fans offering their praise and support and continued advertising for the basketball game, which featured RiceGum and Jake Paul, and gave away $100K. As a former basketball player himself, Austin seemed excited to give away the 100K to one lucky winner…

The Ace Family is no stranger to drama, in August, viewers accused the Ace Family of faking a robbery for views, though this was later settled with a leaked copy of the official police report. Wife Catherine took to Twitter saying, “At the end of the day they will always come up with slander and smear to tear down the very fabric that makes up the ACE Family and our Army of Followers”

So perhaps this is why they have not addressed these recent allegations. But do you think this issue deserves a response?

What do you think about this chaos? Let us know in the comments or on Twitter at @WhatsTrending.