VIDEO: Does This Hong Kong Commercial Really Have Characters In BLACKFACE?

Should Broadway Lifestyle take down the ads? 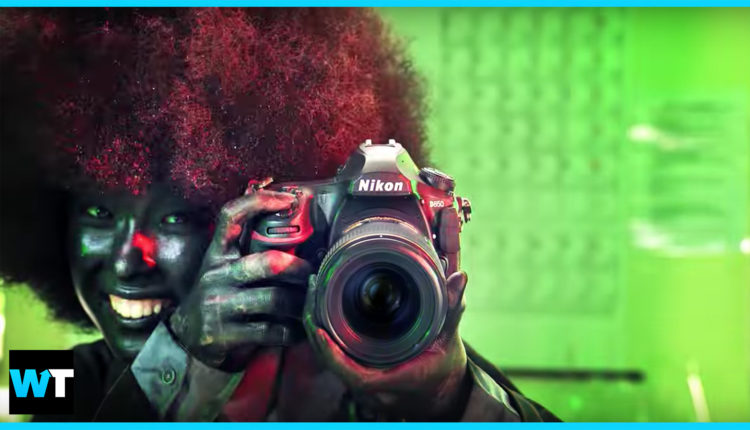 A commercial for an electronics store in Hong Kong is being heavily criticized because of a sequence that appears to show characters in blackface.

The ad is part of a new series of 15-second TV spots for Broadway Lifestyle, a Hong Kong-based electronics outlet. The commercials are also notable for featuring singer and actress Joey Yung. But one of the ads features an explosion in a science lab, resulting in the scientists having black skin, and somehow giving the women afros.

Now, look, we’ve all seen TV shows and movies where there’s an explosion and it kind of follows cartoon rules instead of real life rules where the people who explode just get their hair messed up and their faces are all ashy.

But that’s not what this is. This is straight-up blackface.

The commercial was spotted and called out by Hong Kong YouTuber J Lou. JLou wrote on Facebook: “I know they’re not trying to be racist. I see the ‘lab explosion’. But it’s important to have these conversations because what blackface is and implies is not often discussed in Hong Kong.”

Of course Hong Kong doesn’t have the sordid racial history that the United States does, but it’s still tough to understand how any major brand or ad agency could think this is okay in 2018. Even if you’re not harkening back to offensive 19th century minstrel shows, you’re still depicting a very broad and outdated stereotype of a race.

Toan Vong commented on J Lou’s post: “We wouldn’t want anyone wearing rice hats, buck teeth, and squinting their eyes to represent Asian people, so why would we want to accept this?”, and Terry KH Lau said: “They think it was funny… this is supposed to be a joke in my great grandpa generation… I would have think it’s funny if I haven’t had the opportunity to study abroad and broaden my horizon… please forgive them.”

But, so far, there really hasn’t been any pressure on Broadway Lifestyle to remove the ads or on Joey Yung to speak out about her part in them. This might be because the black population of Hong Kong is very, very small.

There are only about 2,000 people of African descent living in Hong Kong, a city of nearly 8 million. The city itself has only recently had to come to terms with its own policies that might harbor prejudice against its residents of African descent. Plans to turn an abandoned school into an activity center for these residents were recently met with protests and racist claims that black residents were “more likely to be criminals.”

So yeah, it’s not just in the U.S. Hong Kong has to work out their shit as well.

What do you guys think? Should Broadway Lifestyle pull these commercials? Let us know in the comments or on Twitter at @WhatsTrending.

VIDEO: What Is JOHNY JOHNY YES PAPA and Why Is It Everywhere?!