Fans are disrespecting the Dolan Twin’s wishes for privacy at their father’s funeral and it’s sparking a debate about privacy within the fandom community. 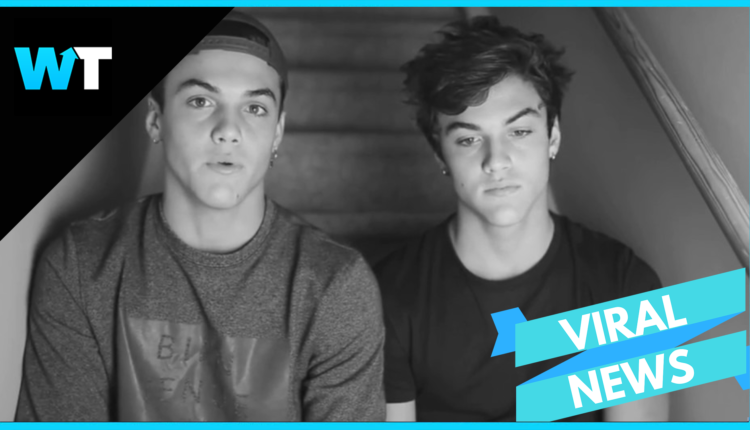 Fans are disrespecting the Dolan Twin’s wishes for privacy at their father’s funeral and it’s sparking a debate within the fandom community. Ethan and Grayson Dolan are internet creators with over 8M subscribers and a loyal fanbase. Unfortunately, their father, Sean Dolan passed away on January 19, following a two-and-a-half year battle with cancer. But during their time of grieving, The Dolan Twin’s fanbase started to do something that many felt was in poor taste. Hashtags “#seandolanfuneralparty” and “#SeanDolanMeetUpParty” surfaced across social media, with fans planning to show up to the funeral.

Like Mitch who tweeted “can’t wait for the #seandolanfuneralparty”, and Kara who said Should I periscope it?

Another fan tweeted: When I go to Sean Dolan’s funeral, I’ll be sure to confirm if Ethan Dolan and emma chamberlain are dating

In a weird twist, Kpop fans also decided to join the movement as payback for Ethan and Grayson mocking their beloved Kpop artists in the past. This blackpink fan tweeted: Attention ARMYNATORS me and a group of other blinks are planning a bp meetup for Sean Dolan’s funeral. I bought some speakers so we can blast bp music while we are watching the funeral service.

As you can image the twins kindly asked their fans for privacy during this time: “If you are a fan of Grayson and I, we love you and appreciate you so much. The best way you could support us during this tough time is to NOT show up at our father’s wake or funeral. Thank you guys and please please please respect my wish. We want this ceremony to be an opportunity for the people who had a close connection with my Dad to say goodbye and pay their respect…Please respect my father Sean, Ethan, my family, and me. Send your love through social media only!”

Unfortunately, several fans did not respect their wishes.

Images from fans tweeting outside the church showed up online, along with play-by-play updates with the fans getting detained by police.

All of this infuriated others in the fanbase. Alice Baker tweeted about the fans: “Its fucking disgusting the way they’re turning a funeral into a joke. Delete and Ban them for the sake of the grieving family!”, and Paige said “How fucken vile is “#SeanDolansFuneral2019//#SeanDolanMeetUpParty.” Imagine being a “fan” of somebody’s and disrespecting their needs in such a private time. Anybody that goes to his funeral or makes jokes about his death/going to his funeral is fucking disgustin”

The twin’s friend James Charles has also spoken out against fandoms that go too far. In December he tweeted, “please stop showing up at my house. i will not hug you, i will not take a photo with you, and i absolutely will not sign your palette. it is extremely disrespectful & makes me feel very unsafe in my own home. respect people’s privacy, it’s really not that hard.”

-What do you think about respecting creators privacy? Do you think it was ok for stans to show up to the funeral? Or do you think they crossed the line? Let us know in the comments or on Twitter at @WhatsTrending