After an explosive documentary released by Shane Dawson on the catastrophic TANACON event, Good Times CEO, Michael Weist has finally released his footage, which he claimed would reveal the truth. 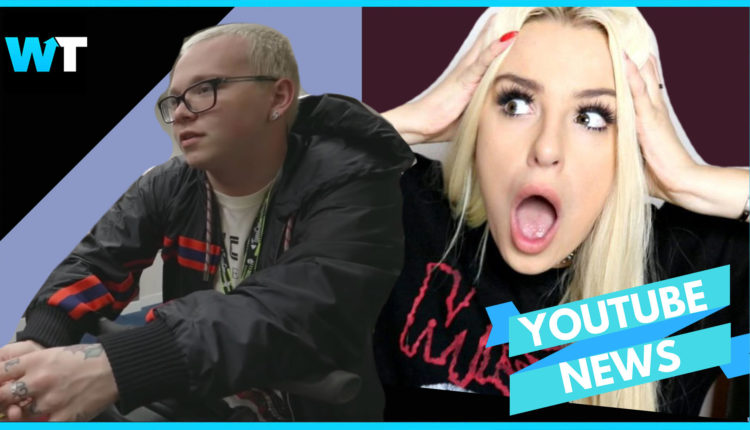 Segway-CEO and controversial figure in the TANACON fiasco, Michael Weist has finally released his footage from the TANACON event.

When YouTuber Tana Mongeau decided to do her own free convention in response to VidCon, people were not ready for the disaster that would ensue:

In response to the uproar, fellow creator Shane Dawson interviewed Tana in a 4 part series called “The Truth About Tanacon”. The series was well received by both viewers and fellow creators.

he series even won the highest honor at the 2018 Streamy Awards, where Shane won Creator of the Year and it looked like Shane found a brand new YouTube format.

However, Good Times CEO and event runner, Michael Weist, did not come out looking great on the other side. In his interviews with Shane, Weist repeatedly referred to the documentary footage his team had that would apparently show the truth and cast him in a good light.

However, as time passed, fans seemed to move on, and Tana even used Halloween as an opportunity to poke fun at Weist. In the video, Tana imitates Michael saying “I’m gonna lose my house over this”

Offended, Michael responded “Try Me” – teasing the release of his own documentary this week. Weiss claimed that cameras were rolling throughout the entire process and he’s ready to show the world his side of the story.

Tana responded: “using footage of everyone that u have no right to use to try and make people pay for ur streaming platform that you admitted you did tanacon to promote is just weird & bad… idk why ur saying try me like u made a movie about me ??? i know who you rly are michael. take a joke”.

Michael responded: “Oh no, you’re wrong. This will be completely free. People need to see the truth. They need to see the footage. I woke up today to Tana making fun of me. While this maybe a joke to her, I’ve dealt with this everyday for the last 5 months. Disgusting.”

So with all that talk, people were ready to see Michael’s side of the story. And thence it came.

The first 20 minutes of the documentary show virtually uncut footage of Tana and Michael brainstorming ideas for the event, which people were not impressed with.

Michael then shows waking Tana up for a meeting. In that meeting, Bella Thorne’s team expresses concerns over contracts and they go through the details of the event. There’s footage of more and more planning happening until about an hour into the documentary, we get to the actual event.

Michael shows footage of people entering the event presumably to combat claims from those who were waiting outside. He also showed footage of what was going on inside the event with the main stage, and then shows the official shutdown of Tanacon by the police at 4:30pm

The footage also shows the staff’s stress and dismay at the closure of the event, and Michael’s desperate attempt to find a new venue.

Eventually, the event came to a crashing halt. In a press release, Good Times Entertainment announced it filed for bankruptcy on October 17, 2018 and the company would be dissolved in the following 60 days.

Many attendees demanded a refund, which Weiss said would only be available through Veeps, the ticketing system, or from Tana herself, saying: “We (Good Times) have no control over refunds. Veeps had advanced us around $135,000 in ticket sale earning to help cover cost for the event. This amount is owed to Veeps. This amount is included in the bankruptcy. The remaining $200,000+ in earnings remain in their control. We encourage each attendee to seek refunds from them directly if you have not received this.”

In the e-mail, Weiss says: “Effective immediately, I personally will be taking role of the President, Co-Founder and Board Advisor for Good Times TV, LLC. I’m proud to announce our new CEO, Ben Rosenfield has been appointed to help usher GTTV into a new digital landscape.”

Tana responded: “How does one have the money to start a whole ass tv company & was claiming bankruptcy like five minutes ago lmao & like what r u gonna put on ur tv network? Hahahahaha”

She then posted a text from Weiss that says: This doesn’t even involve you, GTTV is a separate company. Something brand new. Chill. I’m not even the CEO. Literally mind your own life.

What do you think about Michaels “revealing” documentary? Let us know in the comments or on Twitter at @WhatsTrending.

BlockChain Report 11/7: Would You Live In A Blockchain City?