People are copying Halsey’s Playboy wall and Halsey is all about it. 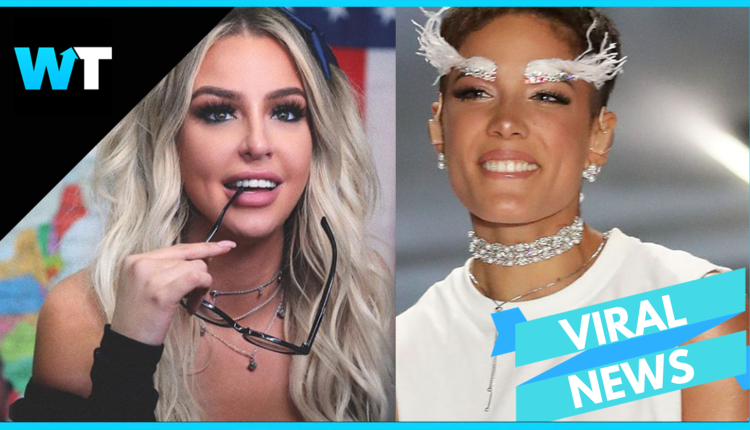 Halsey is a singer known for her empowering aesthetic of female sexuality, and her aesthetic extends through her music and into her home decor.

Halsey tweeted, “I always forget I have a wall in my house that’s entirely covered with naked women/playboy covers and when strangers come over I’m like ‘oh yeah this is not normal 2 u’. But Halsey has noticed that these strangers are actually really into this idea.”

So into it in fact that they have copied the idea in their own homes.

Halsey said “I can always tell when a LA e-girl has been to one of my house parties cause they got one too. slowly making naked women a socially acceptable choice of wallpaper one place @ a time”. One of these copycats is the one and only Tana Mongeau who showed off her in-progress Playboy wall in her latest house tour.

Fans tagged Tana in Halsey’s tweet, and Haley responded: “I actually didn’t know she had one till everyone just told me just now but that’s awesome! I applaud anyone who pulls it off, finding all the covers is tedious work”

Fans were freaking out about the interaction between Tana and Halsey, calling for a collab. Syd said “You should be on tanas channel”, and this user said “can yall collab?” Fans love it when traditional celebs collab with their favorite creators: Like when James Charles and Kylie Jenner collaborated on a Halloween makeup video…which got over 25 Million, and other major creators regularly feature celebs, mixing the digital space with commercial Hollywood.

Though Halsey has had a few spats with influencers in the past. Including a rant against YouTuber Christine Sydelko who dragged Halsey for a fan event she hosted, and while it’s unclear whether or not Halsey and Tana’s friendship will develop any further…it is a cool example of women supporting women, especially when it comes to sexual expression.

One fan pointed out that this playboy wall trend mimics traditional nude imagery that used to guild walls and ceilings during the renaissance. Renaissance artists desired to recapture the beauty of the classical art of ancient Rome, and maybe just maybe this art will come back in modern fashion.

What do you think about this trend? And do you think Halsey and Tana should collab? Let us know in the comments or on Twitter at @WhatsTrending.